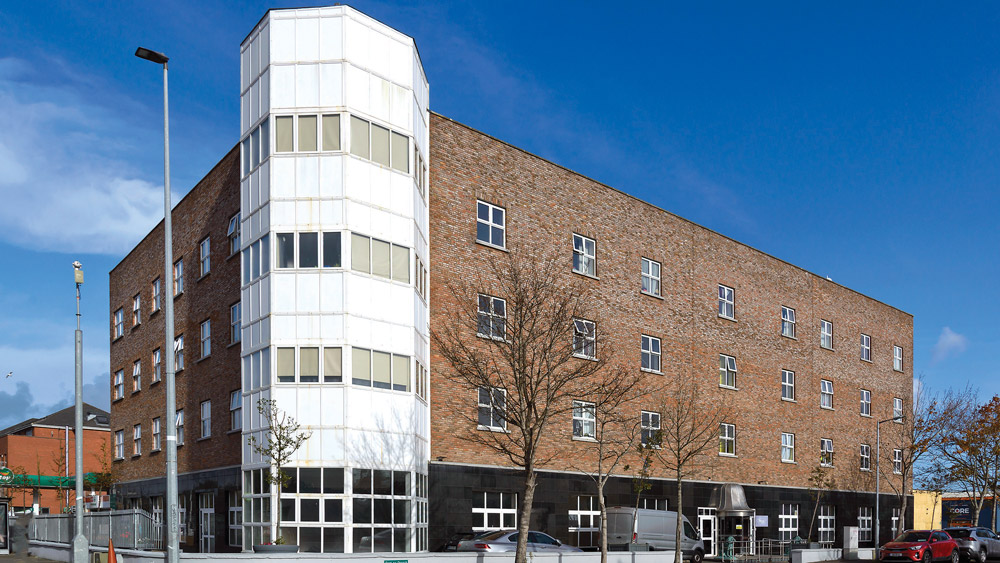 Clondalkin Towers Hotel Direct Provision is one of the centres criticised

Direct provision is not the answer for asylum seekers

DIRECT provision is not the answer to accommodating asylum seekers, according to a councillor, with South Dublin County Council backing a motion in support of the end of the system.

There is around 5,600 people living in direct provision centres across Ireland, according to statistics for 2021.

The system was originally intended to be a short-term measure when it was introduced in 2000 but it has been widely criticised for the conditions – in which some asylum seekers have lived in for 10 years.

When a person applies for international protection, it is called claiming asylum, and the International Protection Officer needs to process the application – which is where delays crop in.

While people are waiting for the application to be processed, they are housed and provided with meals, a weekly payment of €33.80 for an adult and €29.80 per child, and a medical card.

The system has been heavily criticised, with Amnesty International describing it as “an ongoing human rights scandal, trapping asylum seekers in limbo for years and violating their human rights”.

According to advocacy group Doras, asylum seekers are five times more likely to develop mental health and psychiatric issues – such is the sub-par living conditions.

A large amount of direct provision centres in Ireland are managed by private contractors on behalf of the state, with residents living in shared accommodation.

For example, Fazyard Ltd, the company providing accommodation at the Direct Provision Centre at Clondalkin Towers Hotel and other locations, was paid €7.93m in 2019 by the Department of Justice.

That year, as established in a Freedom of Information request by investigative journalist Ken Foxe, the Clayton Hotel in Liffey Valley was paid €2.9m for accommodating asylum seekers.

At the recent Clondalkin Area Committee Meeting, Cllr Francis Timmons raised a motion in support for the end of the direct provision system.

“The motion was passed, I have been and continue to be opposed to the system known as Direct Provision,” Cllr Timmons told The Echo.

“I acknowledged in the motion that it’s unlikely to end in the short term, but I strongly advocate that all refugees are treated equally and that we make it as fair as possible that all refugees have access to PPS number and can work.

“Two years after the last Magdalene laundry shut the state set up another institution in the form of Direct Provision. It’s totally unacceptable and lacks decency and fairness.

“We can and should do better as a people, Ireland can do a lot better in our treatment of people escaping war, famines, and other issues.”

As requested in the motion, letters outlining the support of the council to end direct provision will be issued to Minister for Children, Roderic O’Gorman TD, and Minister for Justice, Helen McEntee TD, by South Dublin County Council.

There is a commitment to end direct provision and replace it with an alternative reception system in the existing Programme for Government.

In February 2021, the Government released the White Paper to End Direct Provision and to Establish a New International Protection Support Service.

This White Paper pledged to end direct provision by the end of 2024 and offered a two-phase solution for the reception of international protection applicants.