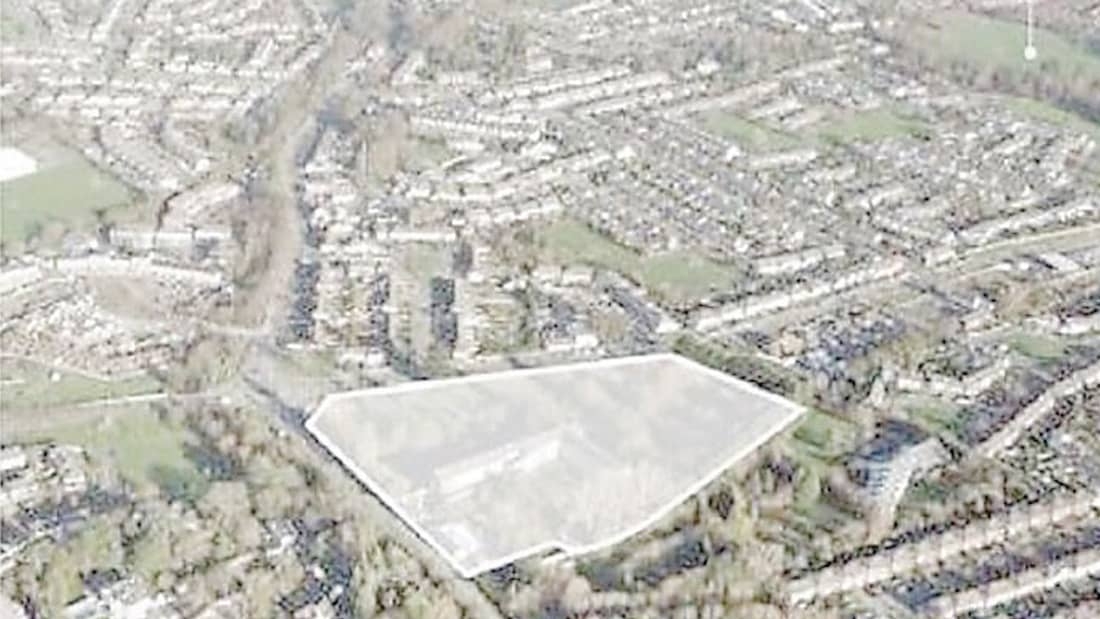 AN Bord Pleanála’s decision to grant permission for 469 apartments on Taylor’s Lane in Ballyboden – despite receiving an objection from South Dublin County Council – has been described as “a disastrous decision for the area”.

The planning application was lodged with An Bord Pleanála (ABP) under the fast-track planning system last May, and the apartments are to be housed across three apartment blocks, ranging from two- to seven-storeys in height.

:An aerial view of the Augustnian Order on Taylor’s Lane

Provision of a new public park along Taylor’s Lane is also included in Shannon Homes’ plans.

The plans got the green light from An Bord Pleanála this week, causing frustration for local residents who had voiced their opposition to the development during the planning process.

As previously reported in The Echo, over 300 Ballyboden residents, spearheaded by the Ballyboden Tidy Towns group, joined together to submit a joint objection to developer Shannon Homes’ plans for the development.

Angela O’Donoghue, chairperson of Ballyboden Tidy Towns and a member of the Glendoher and District Residents’ Association, told The Echo: “This is a disastrous decision for our area, An Bord Pleanála haven’t just ignored us and the opinion of SDCC – they’ve emphatically rejected it.

“I think people are right to be disappointed and furious about this. It’s frustrating for locals that ABP doesn’t seem to be paying heed to our opinion.”

Prior to commencing work on the development, the developer will have to submit a schedule of mitigation measures that were outlined in the Environmental Impact Assessment Report, and the final layout of works to the Edmondstown Road need to be agreed with the local authority.

Reflecting on the decision, Ms O’Donoghue said: “We will study the decision and confer with legal counsel.”

The subject site was formerly owned by the Augustinians, and the religious order sold the 8.6-acre site to Shannon Homes for a reported €20m last year.