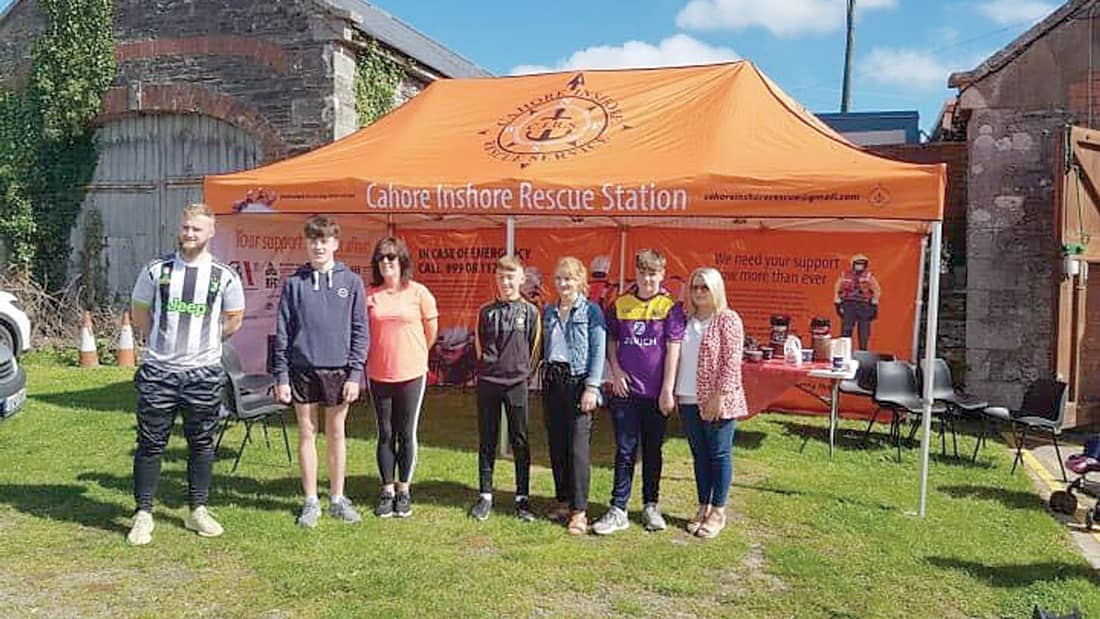 Gareth comes to the rescue of two teens

WHILE on a staycation with his family in Wexford, Tallaght man Gareth Ryan came to the rescue of two teenage boys who had got into difficulty swimming.

A long-serving member of Tallaght Martial Arts, Gareth was down visiting family near the Cahore strand in Wexford over the weekend of August 21 when he was called upon.

Gareth Ryan with the swimmers

Friends Adam Dempsey and Cathal Whelan had been swimming off Cahore pier when they found themselves in some difficulty swimming – caught in strong currents following Storm Ellen.

Speaking to The Echo, Old Bawn native Gareth recounted the moment when he spotted the two lads being swept towards the rocks.

“I was down visiting family and we were walking up along the cliff edge when I saw the two lads,” he details.

“I thought they were messing at first so I shouted down to see if they were okay. But I quickly realised that no, these lads are in trouble.

“I ran down from the cliffs and they were close to these rocks, hanging onto them, the sea crashing into them.

“I just gave them a hand really, one of the lads was okay so I told him to walk up and just sit down once he got up there. But the other lad wasn’t so much, I had to carry him up.”

Despite not being a strong swimmer, the 26-year-old leapt into action, although he was fully conscious of the dangers of the sea.

“I wouldn’t be a strong swimmer at all and if they had of been further out I probably wouldn’t have jumped in because you always hear these stories about someone going into the sea to save another person, and then the two of them are caught.

“I can doggie paddle but that would be the extent of it, lucky they were in at the rocks so I was able to grab them and pull them into land.

“I rang the mother of one of the lads to let her know what had happened and by that time the ambulance was there.

“There was no real need for me to be hanging around so I left and I got a call off one of the mothers to say thanks.

“I didn’t really want attention or anything like that and it was nice to help – but I wouldn’t call myself a hero at all.

“I was just glad they were okay really.”