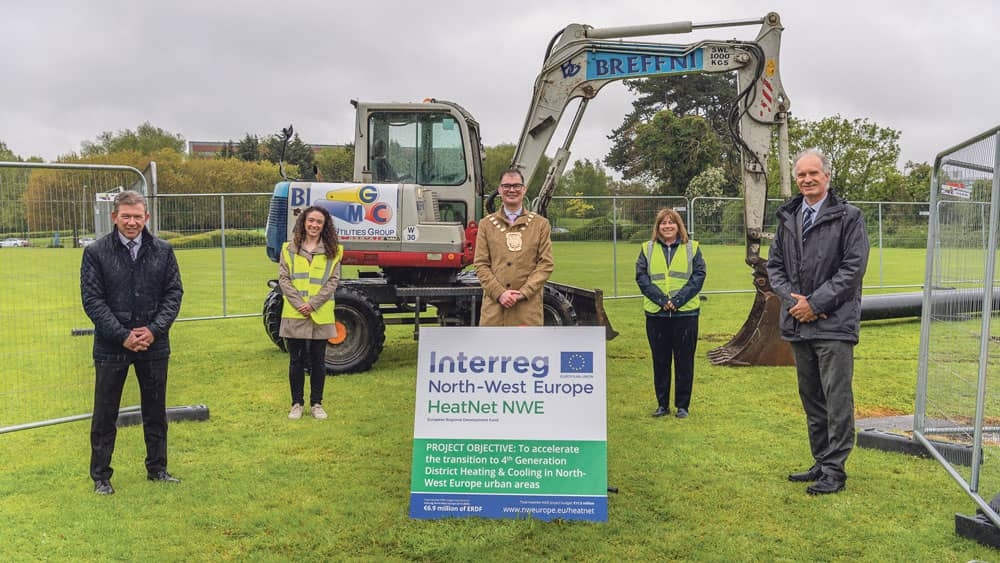 Heatworks will begin supplying heat in early 2022, with initial customers being SDCC and the Tallaght campus of the Technological University Dublin (TU Dublin). The council buildings heated by this project in the short term will include SDCC’s County Hall and Tallaght County Library, followed by 135 new Affordable

Apartments and the SDCC Innovation Building.

When Phase 1 is completed it is estimated that the project will reduce carbon dioxide emissions in the South Dublin County area by nearly 1,500 tonnes per year.

The Tallaght District Heating Network is partly funded by the European Union’s Inter-Reg NWE programme (Heatnet), a multi-million euro fund promoting carbon reduction through district-heating in Europe’s north-west, by a further €4.5 million from the Project Ireland 2040 Climate Action Fund and through direct funding from SDCC.

The network will use excess heat from a customisation to Amazon Web Services’ (AWS) recently completed data centre to provide low carbon heat to public sector, residential and commercial customers.

AWS will provide recycled heat free of charge to the scheme as part of its broader sustainability activities, and its continued assistance to Ireland in meeting its EU 2030 national heating and carbon-reduction targets.

The district-heating company has contracted Fortum, a large Finnish energy supply company with extensive district-heating experience throughout Scandinavia and Eastern Europe, to carry out the design, installation, and operation of the Tallaght network.

The collaboration between SDCC, AWS engineering teams, Fortum eNext, and the City of Dublin Energy Management Agency (CODEMA) has resulted in a low-carbon solution optimising the potential of recyclable heat combined with additional heat-pump technology – the first example of its kind in Ireland.

By 2024, the heat will also be supplied to nearby developments recently approved with planning permission, including affordable housing units, residential properties and student accommodation.