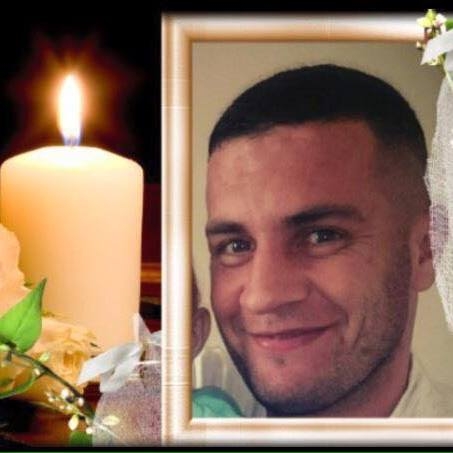 A donations page for the family of Clondalkin man Gareth O’Connor, who died on Friday, just hours after he was attacked in Temple Bar, has already received over €2,500.

Mr O’Connor, from Harelawn, is survived by his wife and three children, and money raised from the donations is to help the family cover the costs of the funeral.

Known as ‘Garzy’ to his friends, the father of three was well known in Clondalkin, and played football with local side Arthur Griffith Park FC.

Paula Haverty, a family friend, started the fundraising Facebook page, and speaking to the Echo, she said she immediately felt the need to do something after such a tragic incident.

She said: “I, like so many here in Clondalkin, felt helpless and I wanted to show my love for the family but had not got a clue where to begin so I set up the page on Go Fund Me.

“I never for the life of me thought it would take off in the way that it has. The outpouring of love that came in meant I knew I needed to set up a Facebook page as a huge amount of people felt the same way I did, so I grouped together volunteers who were only too happy to help.”

Gardai arrested four men connected to the attack, but all have now been released and a file has been sent to the Director of Public Prosecutions.

Gardai believe witnesses may have captured the incident on mobile phones and they are appealing for any witnesses to come forward immediately.

For anyone who would like to donate to the fund, you can do so here, or check out the Facebook page here.

NEWER POSTNew road layout deemed to be like a ‘racing track’
OLDER POSTOver 10,000 expected to take part in second Health and Wellbeing Week