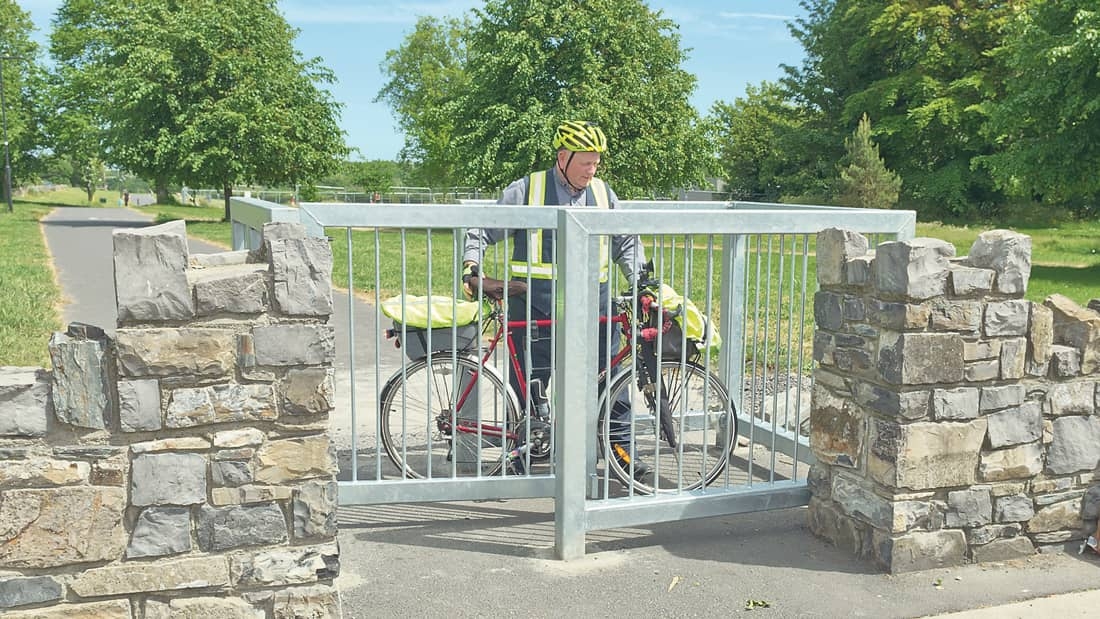 A DOZEN complaints have been lodged with South Dublin County Council in relation to the recent installation of kissing gates at the entrances to Dodder Valley Park, and four of these complaints raised concerns about the difficulty the gates can cause for wheelchair users trying to access the park.

Cllr Edge tabled a motion where he asked the council to confirm how many complaints they have received in relation to the gates since they were adjusted last May.

The local authority stated: “The council’s Public Realm Section installed the kissing gates in question at entrances to Dodder Valley Park from Old Bawn Road, Seskin View Road and Firhouse Road in response to requests from the Tallaght Area Committee of the council to implement measures to deal with the issue of scrambler motorbikes accessing the park.

“These measures were agreed by the area committee and were included in the 2019 Improvement Works Programme approved by the council in February 2019.

“The completion of the installation works was delayed due to the Covid-19 restrictions in place from March of this year.

“The council is satisfied that the majority of wheelchairs, buggies and bicycles can access the park through these gates.”

In an online post after the meeting, Cllr Edge stated: “One wheelchair user being denied access to Dodder Valley Park is one too many.”