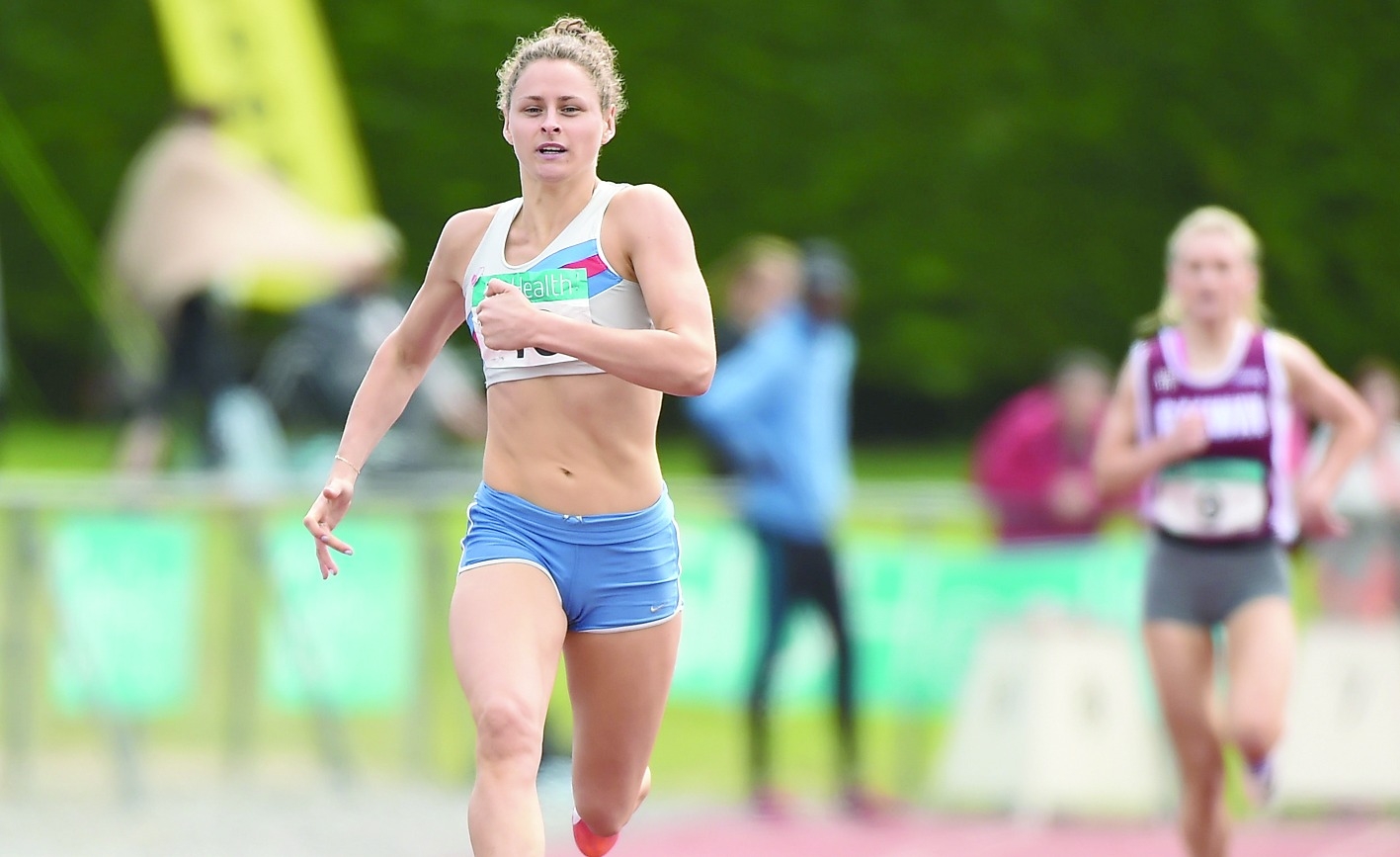 DUNDRUM South Dublin saw a number of its members make their presence felt in places as far apart as the United States, Belgium and Portugal, with even more delivering at home over the weekend.

Indeed a tremendous run for Siofra Cleirigh Buttner in Lexington Kentucky, saw her win the 800m in 2.02.1 to qualify for the American Collegiate Final in three weeks’ time.

Following on her ‘Athlete of the Meeting’ in thePenn Relays, she is now ranked third (800m) in the Collegiate system and will be hoping for a podium placing.

Jodie McCann, who has trained with Buttner, produced a superb 1500m PB of 4.22.85 in Oordegem, Belgium which now ranks tenth in the world for a 17-year-old, and is an “A” Qualifying time for the European Junior Championships.

Luke McCann also achieved the “B” standard for 1500m, at the same meeting in 3.50.50 and will now try for the “A” standard to ensure his place with Team Ireland.

DSD women’s track team celebrated their seventh successive National League title with a trip to the European Club “B” Championships in Portugal, where they produced a strong performance to finish in fifth place.

Sinead Denny, national champion at 400m, got the club off to a wonderful start, when she coasted to victory in 53.86 before then anchoring the 4x400m team to a third place finish.

Meanwhile at home, Joe Halwax (400m hurdles) and Aengus Meldon (800m) competed on Saturday in Santry in the Universities International and on Sunday, at same venue, in the AAI Games, with victories on each day, in wet and windy conditions.

At the Bertie Quinn Track and Field Meet in Tullamore there was a win in the Open 3000m for Robert Corbally and he was followed home by Christian McKenna who registered a PB in his first race of the year in 8.44.