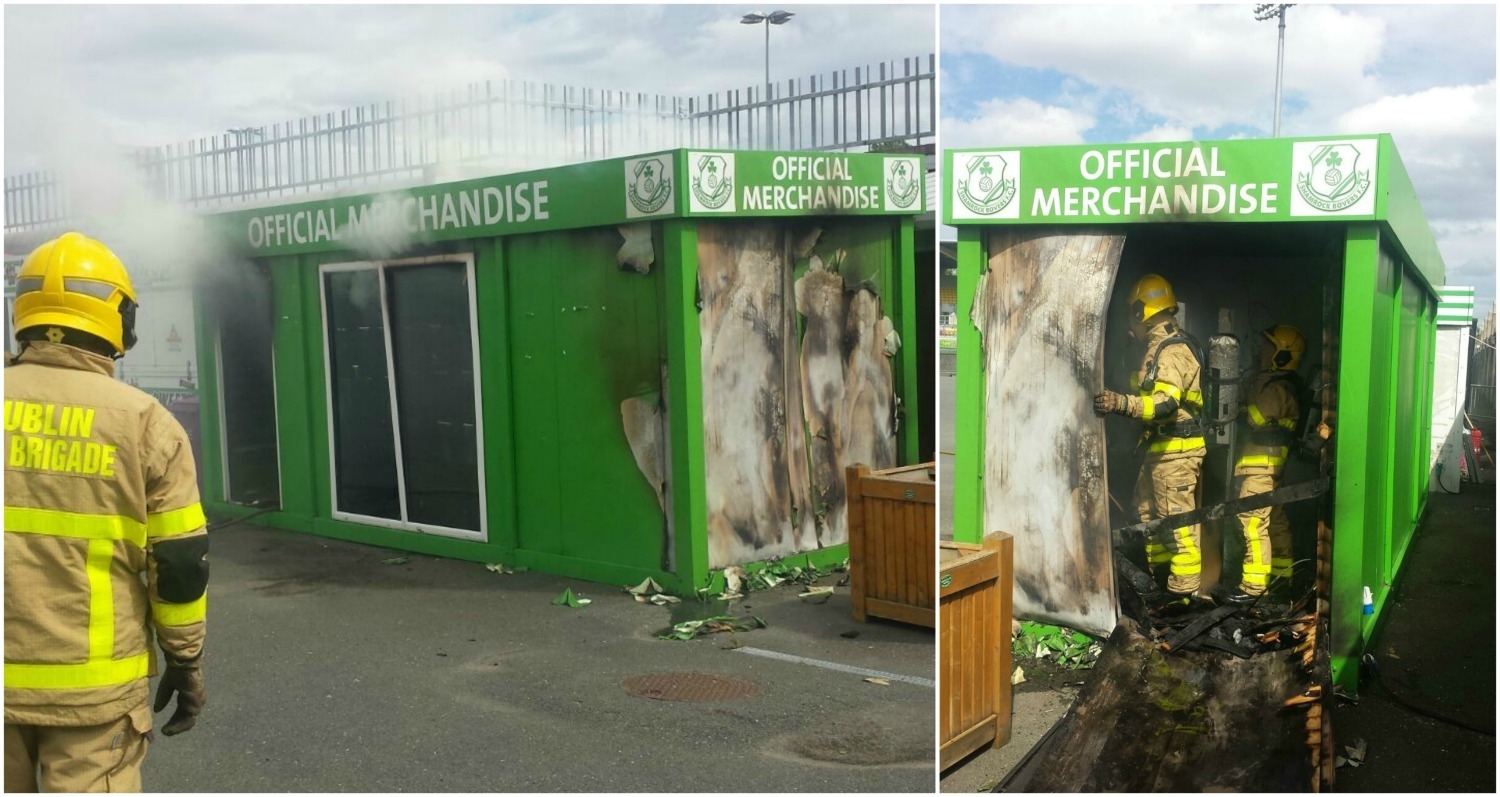 Units from Dublin Fire Brigade have dealt with a small fire at Tallaght Stadium this afternoon.

The blaze broke out at a merchandise unit inside the ground at the car park end.

Firefighters from D Watch have dealt with a fire in a merchandising unit @tallaghtstadium. Breathing apparatus in use #Dublin #fire pic.twitter.com/B4iVjhWSMO

Two units attended, with the cause of the fire not yet known.

The merchandise unit is often emptied after matchdays, and it is not yet known if there was anything damaged other than the unit.

A DFB spokesperson said: “Firefighters from D Watch have dealt with a fire in a merchandising unit Tallaght Stadium. Breathing apparatus in use.”