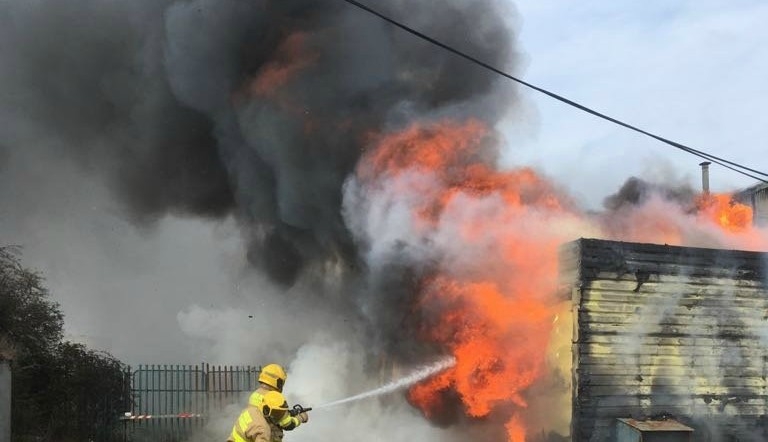 Firefighters battled a blaze in a vacant building near the Red Cow luas stop this afternoon.

Units from Tallaght Fire Station attended the fire on the Naas Road, with the thick black smoke visible from a number of nearby communities.

This evening, Dublin Fire Brigade has tweeted dramatic images from the incident, which showed thick smoke billowing from the building.

According to Dublin Fire Brigade, today’s clear skies meant that the smoke was visible from a “considerable” distance.

Firefighters from C Watch Tallaght were called to a fire today in a vacant building on the Naas Rd near the Red Cow. Clear day out so smoke was visible for a considerable distance #Dublin #fire pic.twitter.com/JfJ9YZvfhS