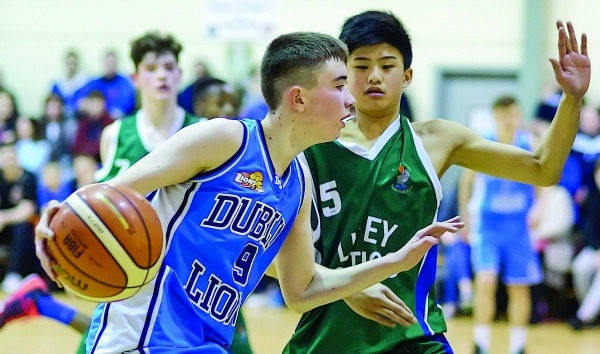 COACH Peter Duignan is set to lead Dublin Lions into the Men’s National League ranks for the very first time.

The former Portlaoise Panthers player and coach has taken charge of the side following the loss of Nabil Murad to the Charnwood College in Leicestershire.

Murad, who was recently away coaching the Ireland Under 16 Men’s Basketball team in their European Championship campaign, was expected to take over the Clondalkin outfit until snapped up by the Charnwood coaching staff.

The Lions will be fielding a team in Division One next season, and Duignan is already getting his house in order for the new challenge.

Indeed he has whittled the squad down to 16 players including several young competitors in the likes of Neil Kavanagh and Kevin Anaywu.

A number of new players have been introduced to the panel including Tomas Swiatowy, Jacek Kasprzyk, Chris McNairney and Jurgis Butkevicius.

And Lions player Rob White is confident the new team boss will have the side well prepared for the new campaign saying “He [Duignan] is very disciplined which is good for us and there’s a lot of enthusiasm there with this being a young squad”.

The Lions will be operating in Conference B- one of two groups that make up the Men’s National League this season.

Teams will play each team in their own conference twice during the season and will also play each side in the other conference once.

The start to this year’s campaign will be a real bap-tism of fire for the Lions as they face off against last season’s champions Maree at home on Sunday, October 2.

Yet the Dubliners enjoyed a good season of their own, finishing runners-up in Dublin Division One to Killester against whom they lost in the top four play-offs by seven points.

Also in their conference are LYIT Donegal, Sligo All-Stars, Titans and Ulster University Elks and Duignan who has played and coached at this level and higher, will be looking to get his side in top gear for the challenge.

On another note Dublin Lions’ basketball academy caters for players aged from five years and up and the club is inviting players interested to come along and participate.

The Boys Academy takes place in Colaiste Bride Girls School on Tuesday 5.30pm to 6.30pm and Friday 6pm to 8pm while the Girls Academy runs in Moyle Park College on Wednesdays and Fridays 6pm to 7pm.

Meanwhile Dublin Lions player Max Amadasum has received a scholarship to Our Saviour Lutheran High School in the Bronx.

The last player to take a similar route from the club was Aidan Igiehon who left two years ago to go to Lawrence Woodmere Academy in Long Island.