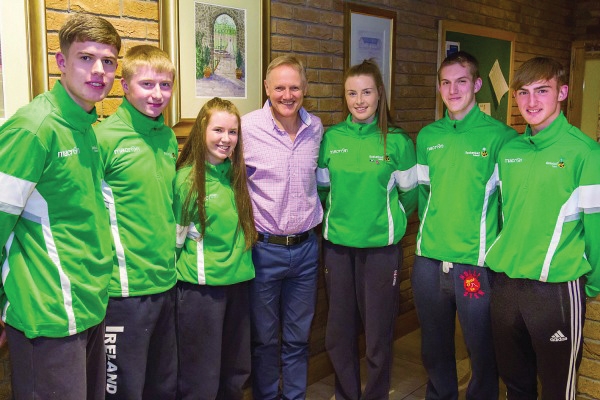 Templeogue gear up for new season

TEMPLEOGUE are gearing up for the start of a new season in the top ranks of Irish Men’s Basketball.

Head coach Mark Keenan has been preparing his side who will be looking to build on their great run last season which saw them raise the National Cup for the very first time as well as finishing third in the Premier League.

The team, however, is likely to have to compete minus the services of point guard Sean Flood who has left to join a junior college in Sante Fe with the hope of linking up with a Division One college next year.

Jason Killeen and Mike Bonaparte are also back and raring to go, having benefitted from the summer break after contending with various injuries last season.

Yet perhaps the biggest coup for the side is the possible capture of Slovakian starting point guard Nenad Milosevic.

Securing his signature would help cover the loss of Flood, but it is not certain if he will be available for this season.

Last season’s Premier team captain Shane Homan will line out with the club’s Division One side this year while a number of the Templeogue Under 18s could be included at the end of the first team bench.

The team will kick off their new Premier League campaign with a match away to DCU later this month as they look to bring home more silverware in this, the club’s 40th year.