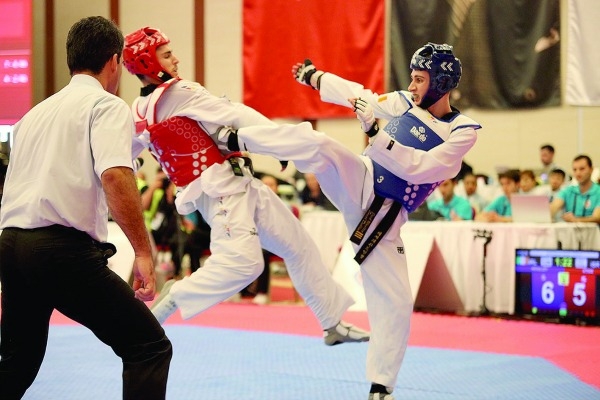 WITH the Olympic Games having just drawn to a close, local Olympic Style Taekwondo Club ‘South Dublin Taekwondo’ [SDTKD] have their eyes firmly set on Tokyo.

As part of their planning for the 2020 Summer Games, “The club are going to embrace an initiative set up by the Irish Taekwondo Union [NGB for Olympic Taekwondo in Ireland] called ‘Tokyo 2020 Talent Identification’ where martial artists of all styles have been invited to get involved with Olympic Taekwondo Training” explained SDTKD Club Head Coach Robert Taaffe.

“In my role as HP Director for the ITU I released this initiative throughout Ireland after it had been proven that martial artists from other kicking sports can effectively transition to Taekwondo.

“In Ireland we have a small pool of Olympic Taekwondo athletes and we would like to tap into any resource possible to build our team and help athletes reach their full potential.

“Our closest example of a similar exercise working would be Great Britain who have secured five medals in the last two Olympics, four of which have been by athletes who came to the sport from another martial arts background.

“They have a strong squad with great depth, and are very prominent on the World stage achieving major medals” he noted.

Local martial artists are most welcome to come along to view the training and network with the ITU.

“We hope to identify some like-minded coaches and athletes who may have what it takes to adapt their game, possibly represent initially the SDTKD Team, then hopefully the Irish Taekwondo Team, while of course giving great exposure to their own marital art and bringing back knowledge and tactics from our sport to their clubs” said Taaffe.

Also in September, the National Basketball Arena will provide the venue for the Irish International Open which is hosted by SDTKD with the support of Failte Ireland and the Korean Embassy in Ireland, where the sport can be viewed and any expressions of interest would be welcome.

“Our club very much welcomes collaboration” said Taaffe. “We have been lucky enough to have many martial artists from different backgrounds to come train with us in the past to enhance their own kicking ability, and some to see can they make the transition to Olympic Taekwondo.

“Unfortunately in the past any transition attempts were late in a cycle with little time to adapt.

“We are at the beginning of a cycle now, so there is no better time to get involved.

“We have played a part in assisting major medals in other sports where athletes training with us have gone on to win world or major titles, and now we are hoping to do the opposite in many respects, to assist some athletes to come on board to maybe one day win titles in our sport.”

Athletes eligible for the initiative must have been born between 1988 – 2002 and have a strong proven track record in their own martial art, and have the consent of their club coach and parents where applicable.

Taaffe, who himself, transitioned to WTF Taekwondo from ITF Taekwondo in pursuit of access to the Olympics concluded, “Tallaght Leisure Centre has grown to be a hub of Irish Taekwondo due to the excellent facilities available and many of our members attending the major gatherings” he added.