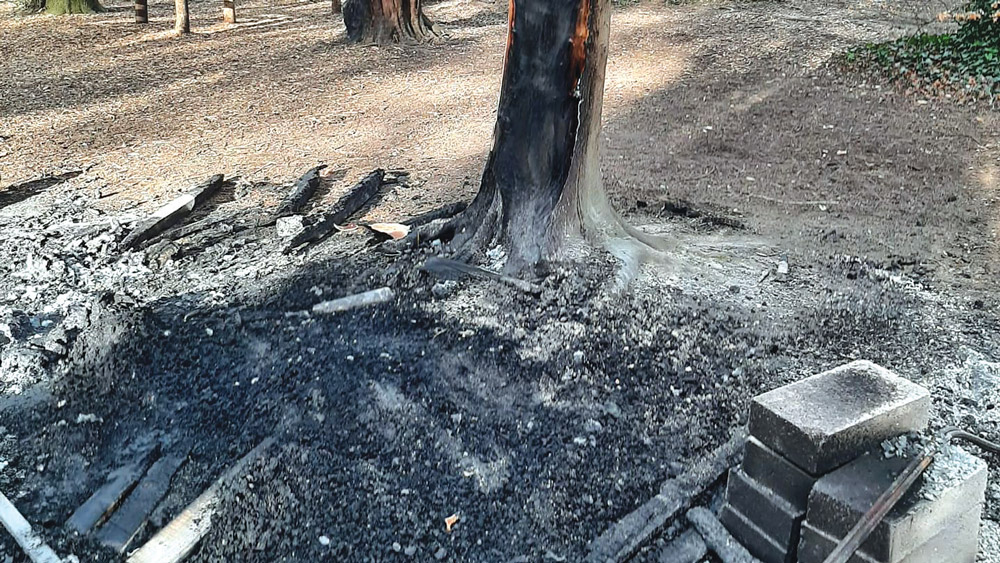 Vandals caused €2,000 worth of damage at the playground Photo SDCC

€2k worth of damage after fire at playground

NEW equipment in a local children’s playground was set alight last weekend, fuelling €2,000 worth of damage.

The woodland playground in Rathfarnham Castle Park is currently being revamped, with a contractor on site replacing equipment on behalf of South Dublin County Council.

However, last weekend, some of the new play equipment stored on site was set alight, with a tree also damaged.

Taking to Facebook on Monday, the council said it was “extremely disappointing” that vandals would target a children’s playground in this way.

In a comment to The Echo on Tuesday, Teresa Walsh, the council’s Director of Environment, Water and Climate Change, said: “The fire damaged a new log bridge which was due to be constructed this week along with some site safety fencing footings.

“The estimated cost to replace what has been damaged is in the region of €2,000. 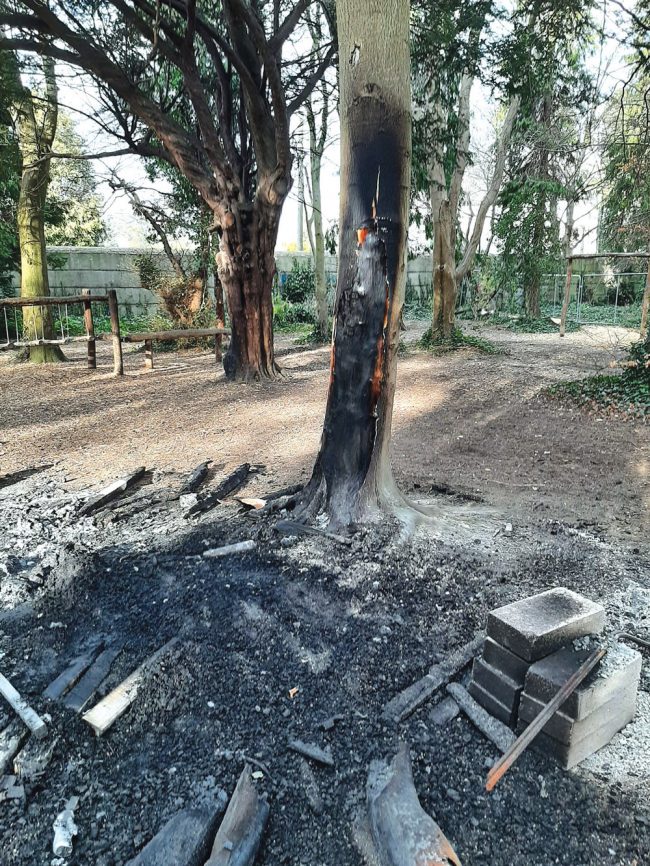 Vandals caused €2,000 worth of damage at the playground Photo SDCC

“The playground structure is made from Robinia timber which is extremely dense and therefore very robust and fire retardant.

“It is very difficult to ignite, it is suspected that an accelerant was used to light it.

“The incident has been reported to the gardai and a site meeting has been requested to discuss the incident and what action the gardai can take to find those responsible and prevent another occurrence.”

According to the council, the playground contractor is working to get the damage repaired as soon as possible.

A Garda spokesperson confirmed to The Echo that they are investigating an incident of criminal damage, with investigations continuing.

Anyone with information is encouraged to contact Rathfarnham Garda Station on 01 666 6082.