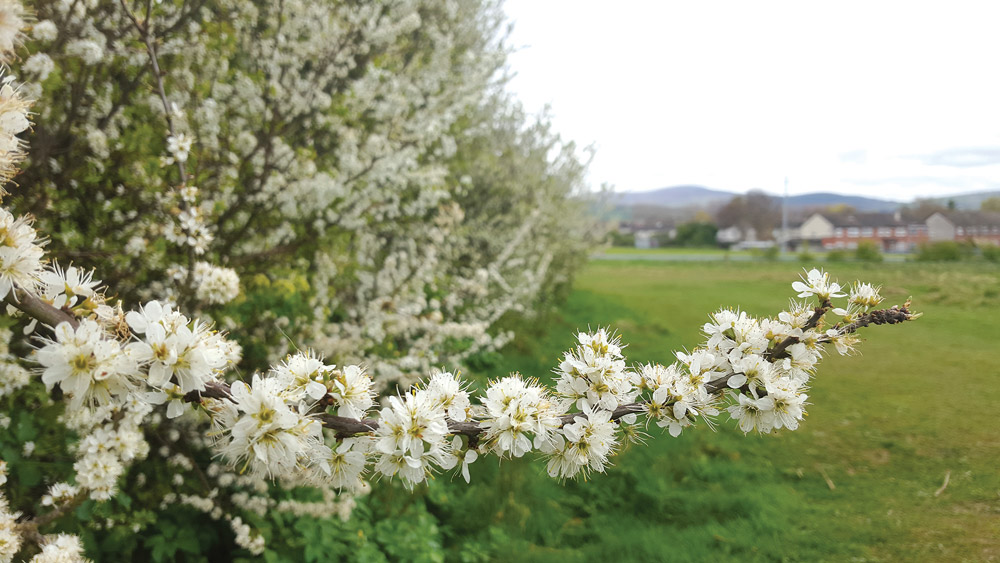 Nature on our doorsteps: Blackthorn bush spines and daggers

The Blackthorn bush is a plentiful and widespread hedgerow species. It is very aptly named, as its bark is very dark in colour and its branches and twigs carry very thorny, dagger-like, spines.

It is one of the first of the hedgerow species to send out its blossoms in late March/early April.

Its pretty white flowers bloom before its leaves, and this combination of white blossom and black twigs is a nice colour contrast on a cold and breezy spring day.

Because it blooms so early, Blackthorn is an important source of pollen and nectar for early bees and butterflies in springtime.

The fruit of the Blackthorn is the sloe, a bitter blue berry loved by Thrushes and blackbirds in autumntime. 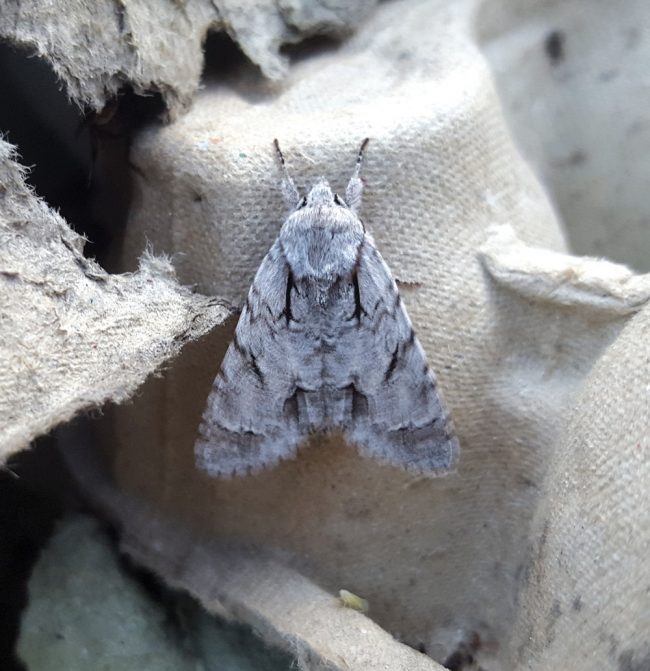 The leaves of the Blackthorn are an important food source for moth caterpillars like the Grey Dagger.

Like the Blackthorn itself, this moth is also aptly named as it has fine, black markings on its grey wings that resemble the shape of a dagger.

The moth’s caterpillar is very distinctive, with red, black, and yellow colours along its body.

It also has a very noticeable tall, black, ‘hump’ behind its head and long brown hairs scattered along its body.

Should a bird try and eat this caterpillar, these long hairs make it an unpleasant experience, one the bird is unlikely to repeat.