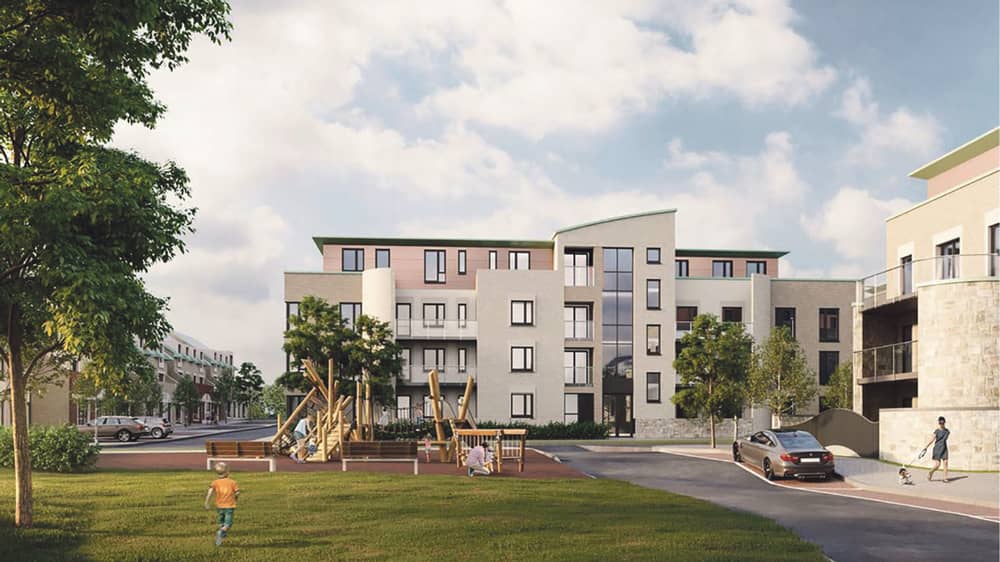 An artist impression of the residential development at Stocking Lane

€42m residential plans for 131 units gets the go ahead

PLANS for the construction of a €42m, 131-unit residential development on Stocking Lane in Rathfarnham have been given the go-ahead by An Bord Pleanála.

As previously reported in The Echo, the plans, lodged by developer MacCabe Durney Barnes Ltd, were refused permission last March as the developer failed to meet statutory requirements relating to public notices.

MacDurney Barnes then reapplied last October, outlining their plans for the development made up of 108 apartments, two duplexes and 21 houses.

The reapplication was granted planning permission this month by An Bord Pleanála, despite the initial application attracting a total of 49 submission, including from Ballyboden Tidy Towns, residents’ associations and local politicians voicing their opposition to the development.

Following the reapplication, issues raised by those opposed to the development included concerns about the height and density of the scheme, and the potential impact on traffic in the locality.

However, An Bord Pleanála granted permission for the development this month, after ruling that it would constitute an acceptable residential density at the subject site.

In reaching its decision, the Bord said the development would not seriously injure the residential or visual amenities of the area, and would be acceptable in terms of traffic and pedestrian safety.