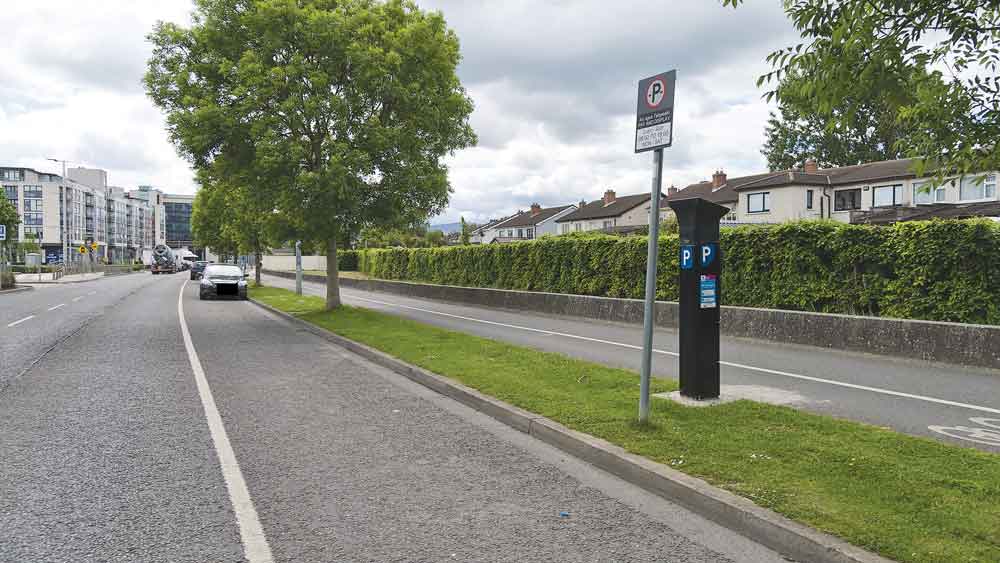 €14,420 worth of fines were issued to motorists on Cookstown Way last year

APPROXIMATELY €56,340 worth of parking fines were issued in Tallaght last year, €14,420 of which were issued to motorists in Cookstown Way.

This follows on from a report in The Echo last week, where it was revealed that 547 parking fines were issued to motorists parked on Cookstown Way in Tallaght last year.

Speaking to The Echo, Fianna Fáil councillor Charlie O’Connor, who last week described the number of fines issued on Cookstown Way as “astonishing”, said the fines are indicative of parking issues at the Cookstown Luas stop.

“My focus is still on the issue of parking on Cookstown Way,” Cllr O’Connor said this week.

“A huge number of fines were issued.”

Parking bays at the Cookstown Luas stop were metered in recent years by the council, which Cllr O’Connor said has exacerbated parking issues in the area.

“I’m not quite sure what the council believes it is achieving with regards to metering and fines at Cookstown Way,” he said.

“I’ve been monitoring the situation over the last few days.

“I checked it [on Monday] morning and there were only two cars parked in the whole length of the parking bays at the Luas stop.

“That just makes no sense.

“Free spaces should be provided for people to park, instead of them going into estates and causing bother with fines being issued.

As for the overall figure for parking fines in the Tallaght area in 2021, totalling 1,550 with revenue of approximately €56,340, Cllr O’Connor said more attention should be paid to parking regulations.

“Clearly people are not keeping to the regulations in areas where there is potential for the council to fine them,” he said.

“Obviously we don’t know the circumstances of those fines being issued, but I always feel very sorry to hear about people being fined.”

Last April, Cllr O’Connor raised the issue at a council meeting, where he requested a statement from the council addressing parking issues in Cookstown Way and in nearby estates such as Springfield, which he claimed were caused by the implementation of a parking meter at the Cookstown Luas stop.

In response, a council spokesperson said: “As part of the Draft Parking Bye Laws 2021 it was proposed to include this stretch of road on Cookstown Way, opposite Tallaght Hospital as a Park and Ride facility with a fee of €3 per day.

“This was in keeping with sustainable travel objectives. The Draft Bye Laws were approved by the Members at the May Council meeting 2021 and became effective in July 2021.

“This area is used by those travelling on Luas and also by visitors to the hospital. No complaints have been received from residents in Springfield in this regard.”