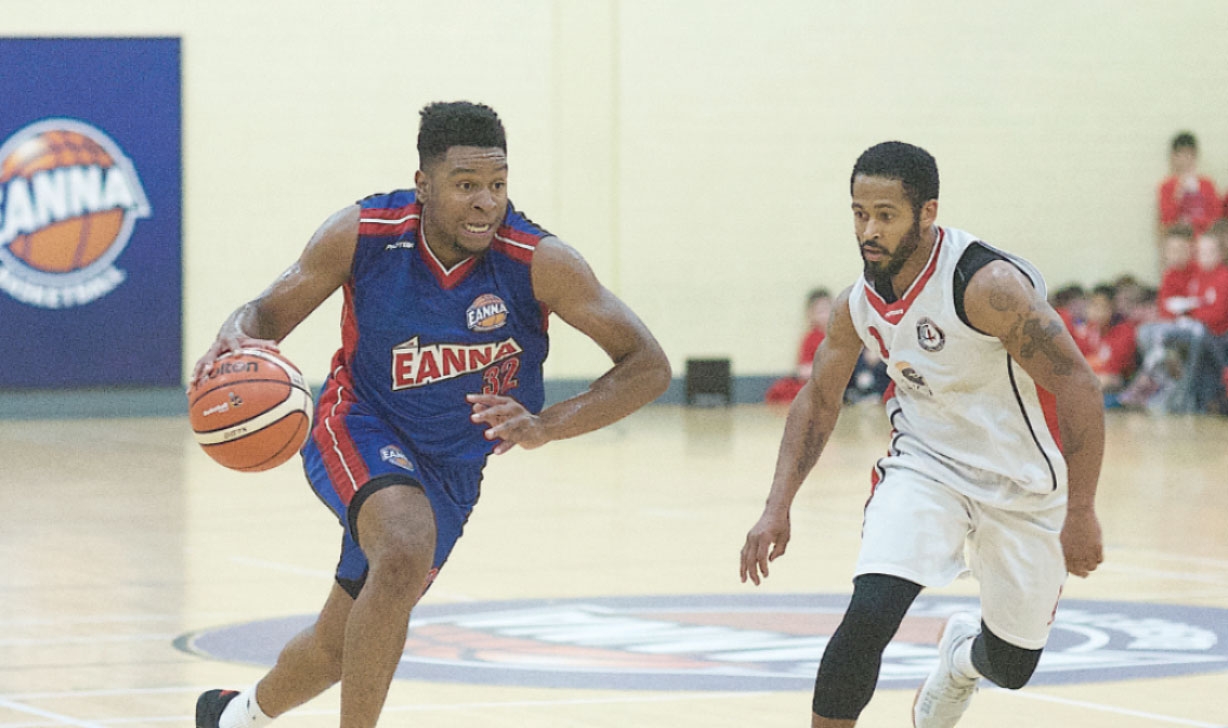 FOR the first time ever Eanna recorded two straight wins in the Men’s Super League after they stormed to a 95-75 point victory over DCU Saints in Colaiste Eanna on Saturday.

Confidence was understandably high in the side, having seen off the defending champions Templeogue the previous week.

And they picked up where they left off, racing into a commanding 60-43 point lead by the halftime break before winning out by 20 despite a somewhat wobbly period in the third quarter.

“We went on a good run in the first half and were 17 points up at halftime” recalled Eanna player Ciaran McEvilly.

“In the third quarter we kind of went away from the game plan and allowed them to get it back to a nine-point game.

“Our plan is to play together as a team and not have lads going off trying to do it on their own. We’re a big team so we need to be getting the ball on the inside.

“In the fourth quarter we went back to the game plan and we finished strongly.

“We’re not taking anything for granted. It was really important for us to show that last week’s win [against Templeogue] was not just a fluke” he added.

The team’s newly-acquired American Tamron Manning was again in tremendous form, amassing 31 points that countered the 30-point contribution Dee Proby made to DCU’s cause.

Aidan Dunne was another heavy scorer for Eanna with 19 points while Neil Lynch chipped in with 14 while, in defence, Conor Gallagher and Garny Garcia were very effective.

Next up for the Rathfarnham side will be a trip to NUI Galway for a clash with Moycullen this Saturday and McEvilly is expecting a very demand-ing test.

“Moycullen is never an easy place to go” he insisted. “They’re a tough fighting team and we’ll need to prepare well for this challenge. I’m expecting a very big test” he stressed.

MEANWHILE, champ-ions Templeogue’s poor run continued on Saturday as they were beaten 72-78 by UCD Marian.

Mike Garrow and JJ Vall-llobera combined for 31 points for the visitors to the Oblate Hall while Templeogue’s usual big hitters did not get motoring.

Neil Randolph netted 18 points and Jason Killeen 14, but it was not enough to stop the rot which has now extended to three consecutive games for the title holders.

They will be hoping to get back on track this coming Saturday when they play host to UCC Demons back home in Inchicore.

NEWER POSTTallaght community left ‘very shaken’ after thugs target cars in attack
OLDER POST“We are devastated, but we’ve just got to pick ourselves up”