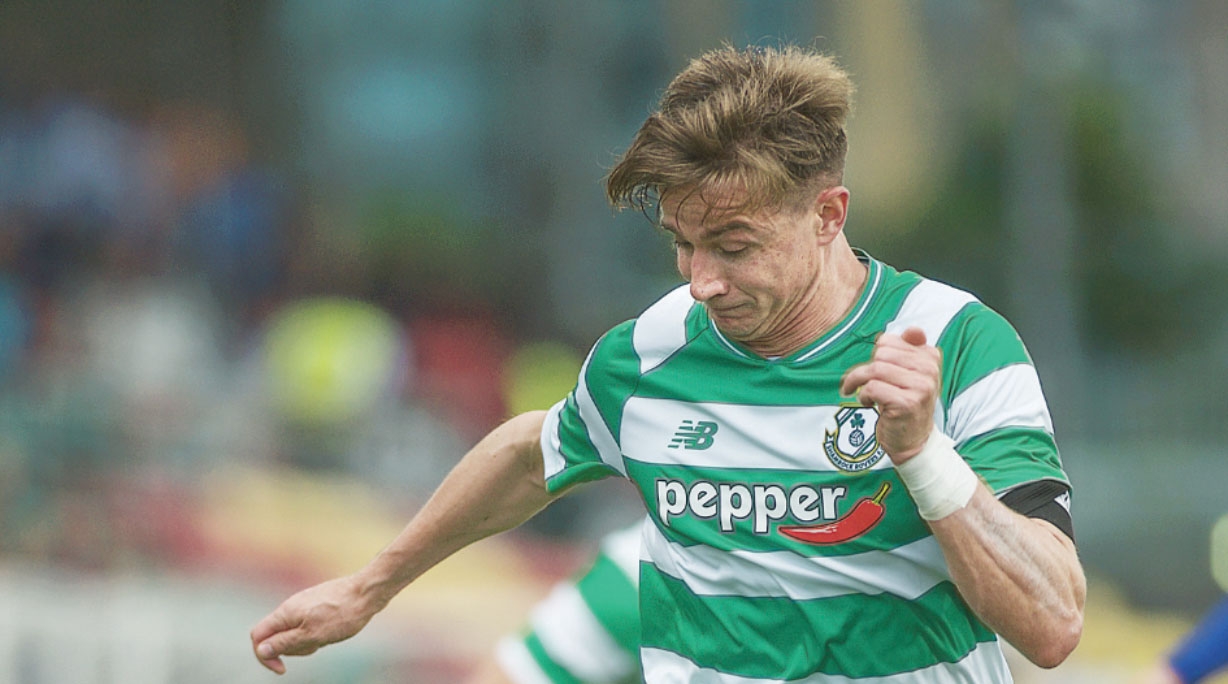 “We are devastated, but we’ve just got to pick ourselves up”

SHAMROCK Rovers midfielder Ronan Finn spoke to The Echo about the heartbreak of missing out on the FAI Cup Final following an epic battle with Dundalk.

Having finished deadlock at one goal apiece in their first meeting in the semi final, the two sides went to extra time in Tuesday night’s replay, Dundalk winning out 4-2.

Finn handed the Hoops the lead with a superb strike after just ten minutes, but the Lilywhites needed just a further three to restore parity through David McMillan before taking the lead when Robbie Benson bundled the ball home nine minutes into the second half.

Michael O’Connor served up an 85th-minute equaliser for the homeside to effectively force extra time during which Dundalk prevailed with a McMillan strike and tremendous looping header from Stephen O’Donnell.

“Getting to the final was something we were really looking to do but we made silly errors at crucial times” Finn told The Echo.

“We had to work so hard for our goals and all of theirs, I felt, were avoidable.

“We got a good start and then conceded three minutes later. When we equalised to get it back to 2-2 we pushed on and, I felt, we were in the ascendancy. It looked that they [Dundalk] were out on their feet.

“We felt that we had them on the ropes, but we just couldn’t put that final piece together, that final pass, that final strike and you eventually get punished.

“We are devastated, no one more than me. Reaching the Cup Final, the best day of the year, is something that we really wanted.

“But we’ve just got to pick ourselves up and try and guarantee ourselves European football this Friday when we play Sligo.

“This will give the team a great platform that we need to push on next season.

“We feel that the gap between ourselves and the likes of Cork and Dundalk is certainly closing and it’s only going to get shorter next season.

“I, myself, have no fear of playing Cork and if we had made it through to the final, I would have been fully confident that we could have beaten them” he insisted.

Dundalk manager Stephen Kenny was delighted to see his young side come through such a severe test.

“Getting that first goal in a game like that can be so important” he told The Echo. “We missed two early chances and then to concede was a setback for us and it was impor-tant that we responded quickly.

“Then going ahead we felt really confident at that stage, but Rovers equalised and they were full of running after that.

“We have had a lot of injuries and we were trying to manage the game. I took the players down towards the fans at full time.

“They looked a bit dejected after conceding the late equaliser and the energy from the crowd can have that galvanising effect.

“David got that goal and then to wrap it up with a fourth was great because this game could have gone either way” he said.