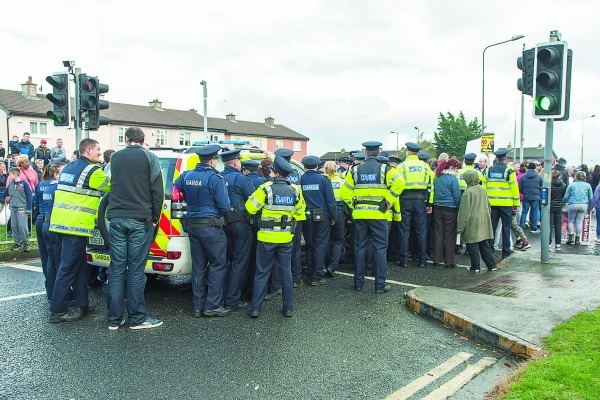 Echo Letters: ‘I was flabbergasted’ by some comments on conviction

I think it is good thing for our democratic process that elected politicians contribute to debate within your letters pages. I hope it allows your readers to get both a sense of the person and their political party.

While my party Renua is learning from some of our past mistakes in terms of policies, it has none the less tried to be less ideologically driven, it has successfully established the concept of individual conscience in politics and it continues to try to make work pay as a means to encouraging enterprise and generating increased employment for all, especially our young people.

While I respect Councillor Nicky Coules, People before Profit as a hard-working politician, I was flabbergasted by some of his comments in his recent letter in your paper of October 27, regarding the conviction of a teenager for his part in imprisoning Minister Joan Burton and her assistant.

Cllr Coules made a number of unsubstantiated statements that suggested; it was perfectly reasonable to imprison two women for hours in their car (albeit one who was a fellow politician), stating that the judge’s ruling that this was a criminal offence was “a peculiar take on morality.”

Cllr Coules also suggested that the teenagers present (who most reasonable observers might suggest were simply caught up in the melee of the day) were somehow politically motivated and were part of the “risen people”.

In the words of Jean Vanier, philosopher and humanitarian, “If we become trapped in an ideology, we refuse to accept reality. We refuse to accept others because we are closed up in our own ideas and certitudes.”

Sometimes as politicians we simply have to face the reality that we have made a mistake of judgement and move on, doing what we were elected to do, working to improve the lives of all our constituents, while respecting the democratic process from within which we were elected.