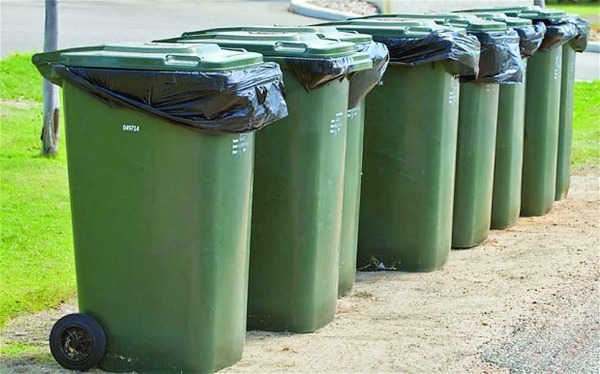 Echo opinion: Pay-by-weight bin charges haven’t gone away, like water charges, they will be back!

YOU CAN kick the can down the road but the can does not go away.

The announcement that bin charges are to be frozen for all customers for 12 months after the Government agreed a deal with waste management companies is really putting pay-by-weight on the long finger.

One wonders that if there had not been so much kerfuffle over water charges would the government had reacted so quickly to nip the issue of pay-by-weight in the bud.

Of course the most strident against the new regime of pay-by-weight have been the usual suspects. The question must be asked. Do they want to pay for anything.

They are against everything and for an extreme left in cloudcuckooland.

It helps in the polls though and bizarrely in the same way that Donald Trump has been garnering support in the USA with unachievable claims of bringing back jobs to the USA and building a wall with Mexico, the proposals of the new left similarly have foundations of the softest clay.

Pay-by-weight bin charges haven’t gone away. Like water charges, they will be back.

Obviously the polluter pays principle is the fairest solution and therefore pay-by-weight must go ahead.

There will have to be allowances for households where an incontinent adult was under care, and where incontinence nappies were being disposed.

Waste management is big business and in other countries it has attracted the attention of organized crime.

We haven’t got to that stage yet except for the effluent from green diesel being left around by fuel smugglers.

Of course, the waste management function should have stayed with the councils.

One could argue that the previous war on bin charges by the previously mentioned residents of cloudcuckooland triggered the hand-over of the waste management function to private companies.

Here’s guessing that in 12 months we will still be kicking the can down the road.