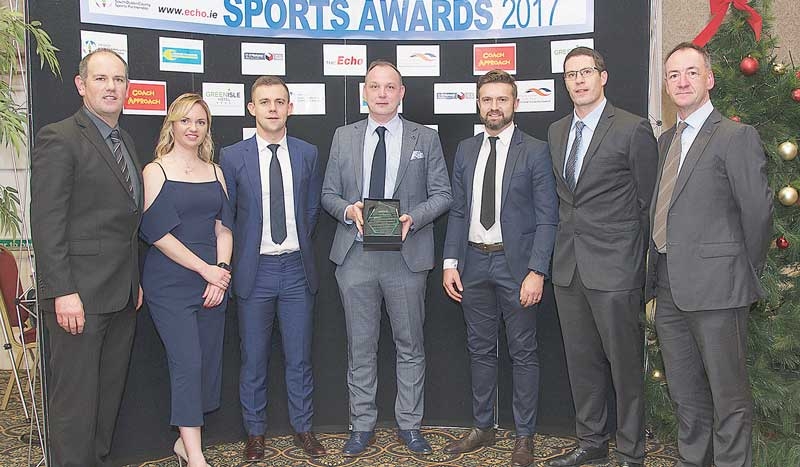 Shamrock Rovers FC picked up the ‘Club Development’ Award at The Echo 2017 Sports Presentation Night in the Green Isle Hotel after having cut the ribbon on their new FIFA Pro All-Weather Pitch in Roadstone back in March.

This pitch marks the first phase of Shamrock Rovers’ new academy and youth development centre where a new grass pitch and seven-a-side facility is also set to be brought on line in early 2018.

Officially opened in March of this year, the project represents a massive boost for the Hoops and their teams ranging from Under 8 right through to senior level.

The facility can cater for up to 300 children and young people training at elite level every week, and helps to facilitate the club in its various programmes and schools initiatives.

“We’re nine years in Tallaght since we played our first game in Tallaght and this has given us a real chance to embed ourselves in the community in terms of giving something back,” said Shamrock Rovers Academy Director Shane Robinson.

“I think we have nearly 300 kids that have used the facility from Tallaght this year, and then obviously the visiting teams that come and use it all the time.

“It’s a top-class facility for the kids of Tallaght and it has us all under one roof, from the first team all the way down to our youngest ones at four years of age, all in the one area, so it’s brilliant,” he said.