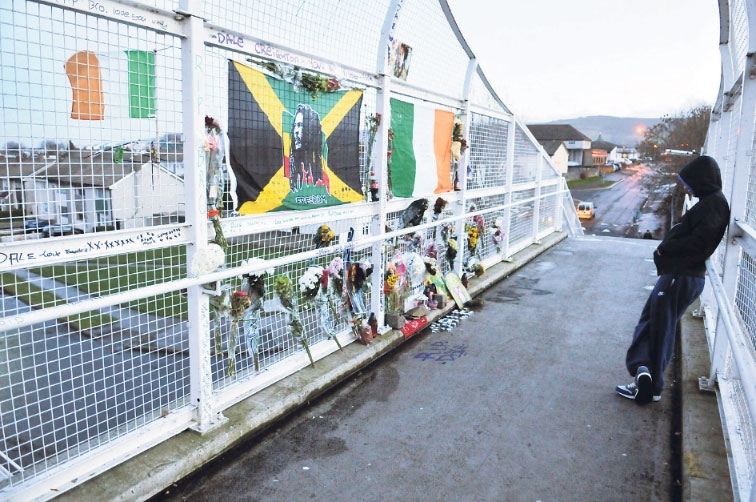 THERE WERE two murders in the county in January and a vicious stabbing, but the year began when we reported that on January 1, a gun was discharged in the Glenshane estate in Tallaght.

Up at the DSPCA on Mount Venus Road in Rathfarnham, they were coping with the post-Christmas tradition of handing over your “unwanted presents”.

As The Echo went to print in the first week in January, the DSPCA had received six puppies and eight kittens.

Our photo (left) shows Prancer, a pup who was bought online and was not microchipped or vaccinated. The pup was handed into the shelter on December 23.

On January 1 last, 72-year-old grandmother Bridie Smith, was stabbed at 10am when she answered a caller to her home at Oranmore Road in Ballyfermot.

She was taken to St James’ Hospital where she was treated for her injuries. It was terrible to see an innocent woman targeted in this way.

We also reported that the speedtrap on the N4 eastbound between the Deadman’s Inn and the M50 would be gone by February. For many years local motorists and those driving from the midlands and the West were snared at this location by a speed van.

The tight-knit community of Jobstown was devastated when 17-year-old amateur boxer Reece Cullen was stabbed in Kilclare Crescent on January 5 last. Reece’s clubmates at Jobstown Boxing Club held a guard of honour at his funeral.

Over in Ballyfermot, a €500,000 skate park got the green light from Dublin City Council.

The Matheson Foundation and Dublin City Council (DCC) are co-funding the flagship project, in partnership with the Irish Architecture Foundation (IAF). The site is located in Le Fanu Park, between the junctions with Le Fanu Road and Blackditch Road, adjacent to Ballyfermot Leisure Centre.

Midway through the month, seven people were sentenced, six of them jailed, for their part in an attack during which Dale Creighton (20) was kicked and beaten to death on a pedestrian bridge in Tallaght. Mr Creighton died in hospital the day after the attack in the early hours of New Year’s Day 2014.

The cause of his death was blunt force injury to his head and face.

During the early hours of January 18, father-of-two Neil Reilly (36) died after his car came to a halt and he was attacked and stabbed in the Esker Glebe area of Lucan, not far from his home at St Finian’s Close.

Earlier, shots had been fired at a house in west Dublin. A father, two sons and a youth are currently before the courts charged with Mr Reilly’s murder.