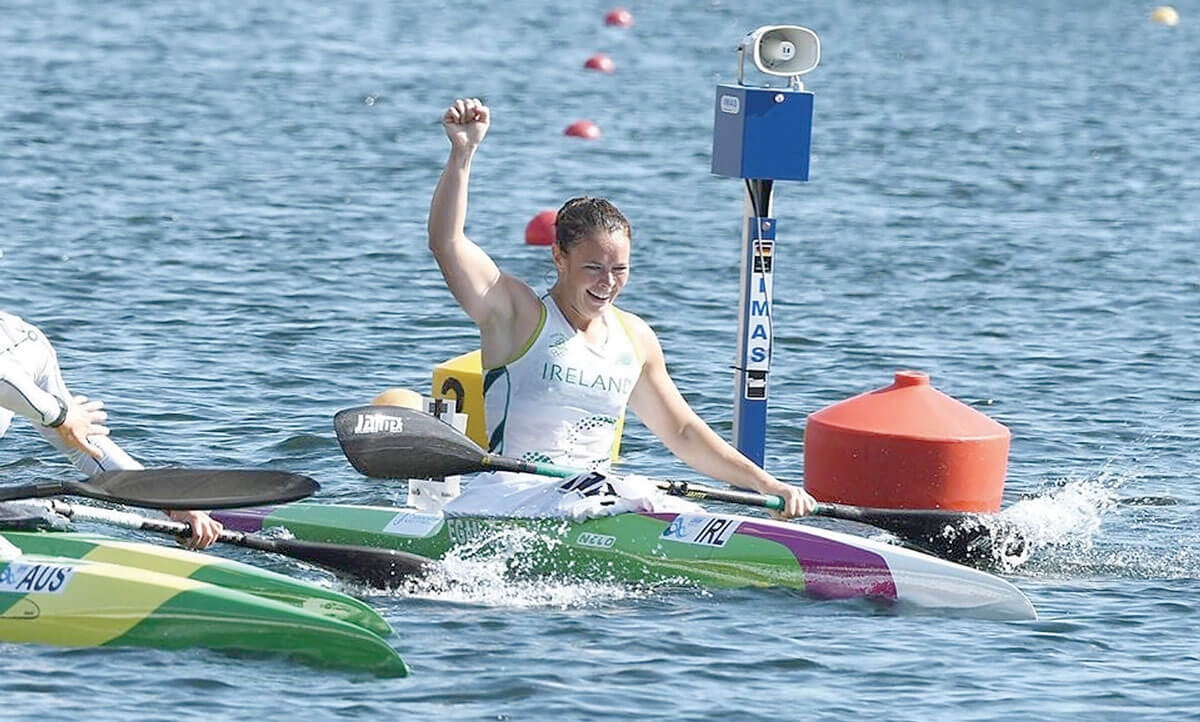 JENNY Egan landed her second ICF World Cup medal in the space of a week after she won bronze in the K1 5000m in Duisburg on Sunday.

Having taken silver in Poznan the week before, the Lucan kayaker clinched her spot on the podium in Germany following a thrilling sprint finish in which she crossed the line just behind Australian pair Alyce Burnett and Alyssa Bull and just ahead of home competitor Tabea Medert.

Competing in a huge and very talented field and in tough conditions, Egan had to scrap every inch of the way to ensure a first medal in Duisburg.

“I knew going into this that it was going to be really tough” Egan told The Echo. “It was a big line-up with 30 boats on the start line and very strong nations competing.

“In World Cup you can have two people, per nation, per distance and the Australians are very strong working together so I knew they would be the ones to beat.

“I got a pretty good start and got up into the lead group by the top turn at the 1000m mark.

“We were facing into a strong head wind and in 31 degrees, so it was very hot.

“After the top turn, I dropped off the lead group a little and was just about two meters away from getting back in when they hit another burn and I dropped back again.

“It was like that for about another 500m, but I caught back up with them with about 2km to go and I stayed with them.

“It was a sprint finish to the line with the two Australians, myself and a German. I definitely didn’t want to finish fourth and miss out on a medal and thankfully I got bronze, but it was very close.

“I think there was less than two seconds separating first and third and it was my fastest 5000m. I finished in 21 minutes 47 second and I had never broken 22 minutes before” she pointed out.

Indeed, less than half a second ahead of German Medert who finished fourth, Egan said “I was very happy with my bronze because I had to work so hard for it.”

Things did not go as well for her over the shorter K1 200m and 500m, with the Dubliner just failing to make it out of her heats on both counts.

The new system that allows for just three semi finals regardless of the number of heats, did not help her cause, but she will be focusing even more on these Olympic distances in the approach to the European Games in which she will compete from June 25-27.

Also travelling to Minsk for these Games will be Egan’s Salmon Leap clubmate Ronan Foley who, like Egan, will be lining out in the K1 200m 500m and 5000m.