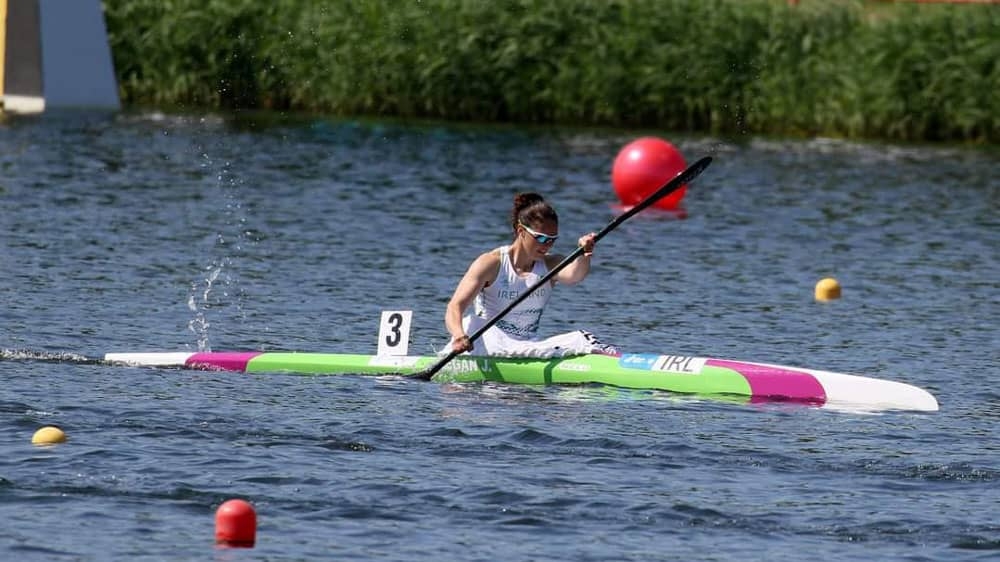 HAVING just emerged from an intense block of international competition, Lucan canoeist Jenny Egan is already setting her sights on lining out in the Senior Canoe Marathon European Championships in Moscow from July 8-11.

Egan recently won silver at the ICF Senior Canoe Sprint World Cup in Russia last month and followed that up with a dogged performance at last weekend's European Sprint Championships in Poznan, Poland where she managed a fourth place finish despite suffering a terrible start.

"It was a busy period and coming home from Russia was very difficult because there was a six-hour time difference, so you're dealing with jet lag in the few days I was home" Egan told The Echo.

"And then there was the tiredness from competing in four competitions in a two-week period, so it was just very intense physically and mentally.

“But I was looking forward to the Europeans and I was just hoping that I could produce my best performance on the day.

“The 5k was the last event and I had a really bad start in that. I was towards the back of the pack.

“I managed to catch up to the front group, but obviously that used up a lot of energy as well.

“When I first got to the front group, there were about six competitors and then two of the girls fell off gradually throughout the laps, so then it was just four of us.

“In the final 350m there was a sprint put in by the Hungarian girl [Dora Bodonyi] and I just didn’t have the energy to go with her, so I ended up in fourth place.

“Considering the start I had, to catch up to fourth place was really good and it showed me that my fitness is there, I just need to make sure I don’t have a bad start like that again.

“Overall I’m happy, because it’s been a hard few weeks with just so much travelling and racing. That was the last race of five competitions in the space of three and half weeks” she pointed out.

Egan is now looking forward to a long-overdue appearance in the Marathon European Championships next month.

“But this year after the Marathon European Championships, I’ve got two months until the Sprint World Championships in Copenhagen.

“And then the Marathon World Championships are taking place in Romania at the end of September.

“It’s a long season, but at least I’ve got a good two-month training block after the Marathon European Championships” she said.