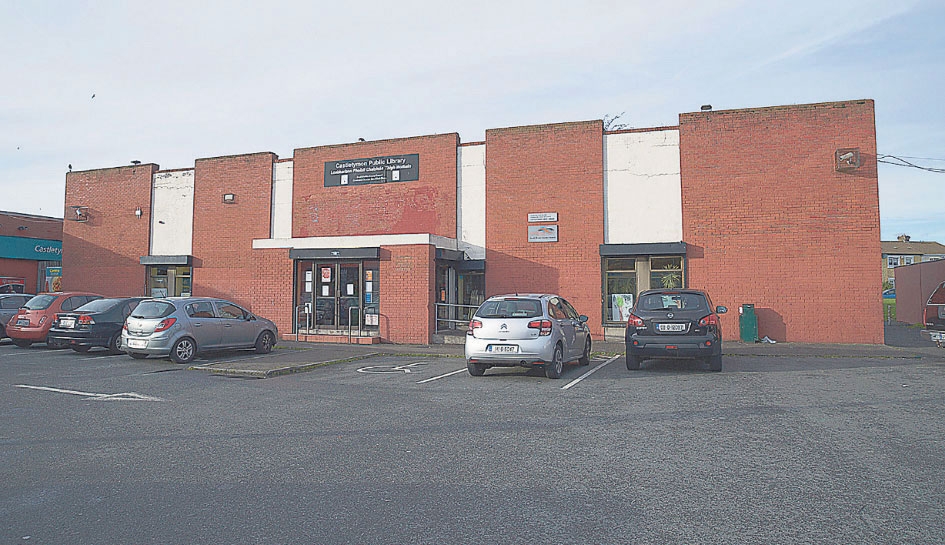 EIGHT potential locations have been suggested to temporarily house Castletymon Library once it closes next month, ahead of the construction of a new library building due to open in 2019.

The suggestions were submitted by three Solidarity councillors at this month’s Tallaght Area Committee meeting.

Solidarity councillors Brian Leech, Kieran Mahon and Mick Murphy tabled a motion which called on the Chief Executive of South Dublin County Council to “liaise with local stakeholders with a view to maintaining a static library service in, or close to, the wider Castle Tymon area for the interim period” following the closure of the library on December 14.

The councillors suggested a number of potential locations, including any of the schools on Castletymon Road which have car parks that could facilitate temporary buildings, the all-weather pitch at Tallaght Community School and the green area beside St Aengus’ school and church.

Two areas in Tymon Park were also suggested, and there were further suggestions for the short-term extension of current facilities, such as the old VEC building on the Main Road in Tallaght or the old VTOS facility at Mountain Park in Tallaght, on reduced basis “if plausible or necessary” to facilitate a temporary, static location for Castletymon Library’s services.

Tallaght Central Solidarity councillor Kieran Mahon told The Echo: “The suggestions are simply that – suggestions, based on the idea that a suitable interim measure could be found that would be amenable to staff, that could accommodate users and maintain a local facility in the area, or close by.

“We were asking the council to use their relationship with the Education and Training Board (ETB) or local community groups to see if a full alternative interim arrangement can be provided.

“The closing of the old library was only reported to councillors at the October Tallaght Area Committee meeting, so we have had very little time to react to it, and are looking for the council to ensure that full library services are maintained in the area for the interim period.

“At the November Tallaght Area Committee, it was flagged that Spanish classes will be available in St Aengus’ Community Centre, with mobile library services in the area.

“We’ve asked also that any necessary additional staffing, financial resources and equipment be provided to the community centre.

Cllr Mahon said that while the provision of a new library building will be a “wonderful addition” to the area, he has “called on the council to actually investigate the possibility of an alternative site that can maintain all library services in a designated space.”

The council has stated that in the interim a mobile library service will service the area on Thursday afternoons, and if further days or times are required, the library staff “will endeavour to put in further stops in the area”.

The council has advised that local schoolchildren will be invited to attend events and activities in the County Library, Tallaght, and they also added that library patrons can use any of SDCC’s library branches with their card, and they can avail of the council’s online library services.

A full report on how library services are to be maintained in the area will be due at the next Tallaght Area Committee meeting on December 18.