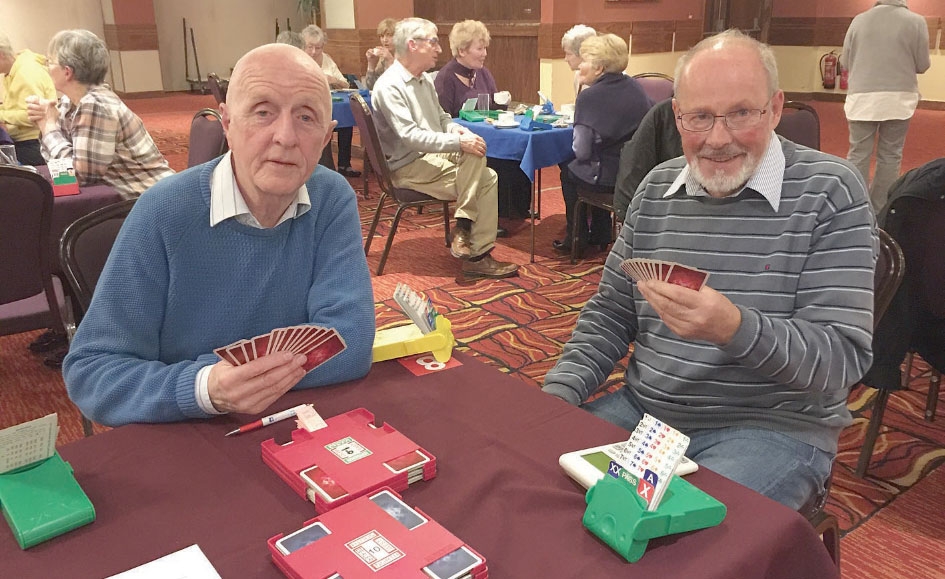 TWO local bridge players are celebrating this week after they triumphed in a national Simultaneous Pairs competition, reports Colin Gannon.

Tallaght pair Hugh O’Neill and Tony McGowan, both long-standing members of Tallaght Bridge Club, came first in a field of 1,300 pairs with an average score of 75.73 per cent.

The competition took place on November 7 at Phoenix Bridge Club in Sligo and players from 68 clubs throughout the country played with the same pre-set hands of cards.

Tallaght Bridge Club meet at 7.15pm every Tuesday night in the Maldron Hotel in Tallaght.

The club’s treasurer Anne Biddulph told The Echo that “new members are always welcome to this friendly and sociable club, with two different sections catering for a range of abilities.”

A community grant from South Dublin County Council allowed the club to introduce new technology, which Biddulph says the club’s members are still coming to grips with.

Bridge Mates is a wireless bridge scoring system which allows for more accurate and speedy scoring during games. The recent introduction of this technology has resulted in “increased enjoyment for all players”.