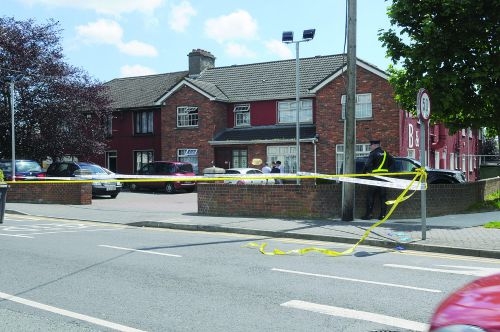 Emergency homeless will no longer be sent to ‘Bloodbath’ B&B

MINISTER for Justice Frances Fitzgerald has received confirmation from the Dublin Regional Homelessness Executive (DRHW), that they “are no longer making new emergency placements” into Palmerstown Lodge.

The Palmerstown B&B was at the centre of a storm in early June after a terrifying bloodbath broke out at the facility – leaving one dead, a further three in hospital, and one man charged with murder.

Residents forewarned trouble brewing at the facility prior to the disturbing incident, which saw up to 15 people from the Traveller community involved in a brutal early-morning fight.

Minister Fitzgerald welcomed the development after making representations to the DRHW – who work on behalf of the four Dublin councils.

A letter sent to Palmerstown residents stated she voiced “local concerns regarding the appropriateness of the use of this B&B for the provision of temporary and emergency accommodation, particularly for mothers and children.”

Alan Hayes, Palmerstown Community Council PRO and Tidy Towns Secretary, welcomed the news “on the grounds that the place is not suitable for children.”

Mr Hayes said: “I can’t see how adults who haven’t got children couldn’t continue to be housed there though.”
He continued: “Even before the incident, there had been complaints that the place was being used in the past by people booking rooms for parties.

“Residents cleaning for Tidy Towns would find drug paraphernelia. There is no evidence to say it was linked to the facility.

“The onus is on the HSE to ensure shelters are adequate, and the B&B needs to invest in the grounds. Otherwise you have kids playing out front on a busy junction, and it is only a matter of time before there is an accident.”