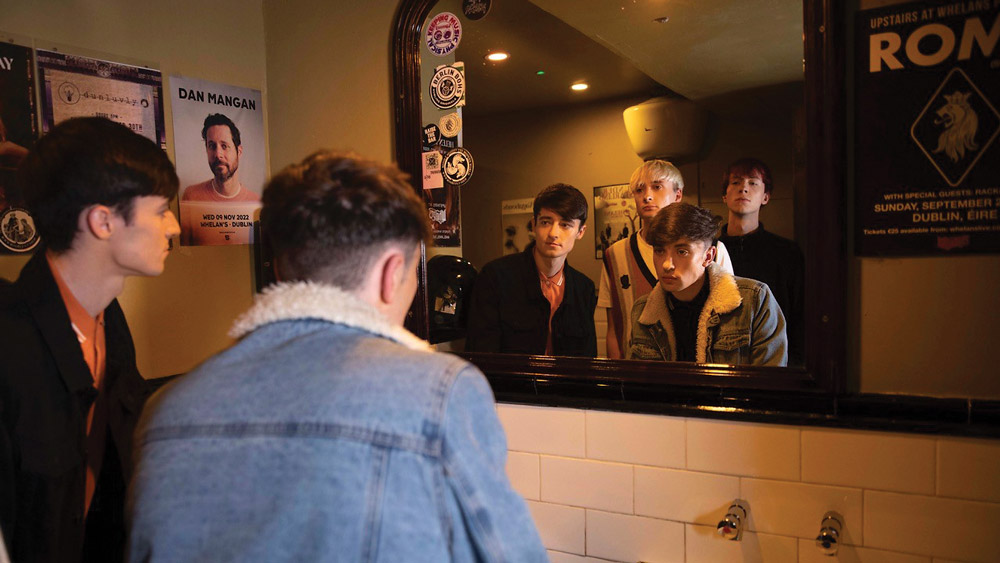 A LOCAL indie band will be performing on a television show hosted by legendary DJ Dave Fanning tonight (Thursday, December 22) at 11 o’clock on Virgin Media One.

The group is a fast-rising indie band that lists Oasis as a key influence and has released a string of well-received singles.

The four-piece will appear in the last instalment of ‘Fanning at Whelan’s’, with the television show being dedicated to shining a light on up-and-coming Irish musicians.

Scott Bellew from Emily 7 told The Echo: “It was deadly, getting to sit down and talk with Dave Fanning.

“When you look at the names of all the people he’s interviewed, and he’s taking the time to sit down and talk with us.”

Emily 7 performed their upcoming single ‘All for Nothing’, which has been a feature of their setlist at gigs in recent months, and their track ‘Give into You’ for ‘Fanning at Whelan’s’.

Explaining how the band felt about being featured on the show, Scott said: “It’s very inspiring – it makes you feel like your hard work is paying off.

“If you name your favourite band or artist, chances are that Dave Fanning has interviewed them, so it feels really rewarding to join the

This is the latest development in what has been an exciting few years for Emily 7, which last year saw the musicians put on a UK and Ireland tour.

They also caught the attention of their idol, former Oasis frontman Liam Gallagher, who posted on Twitter praising the band’s sound.

The Mancunian legend gave a shout out to Emily 7’s then-new single ‘Somebody’ in June 2021 and encouraged the band to “keep it up”.