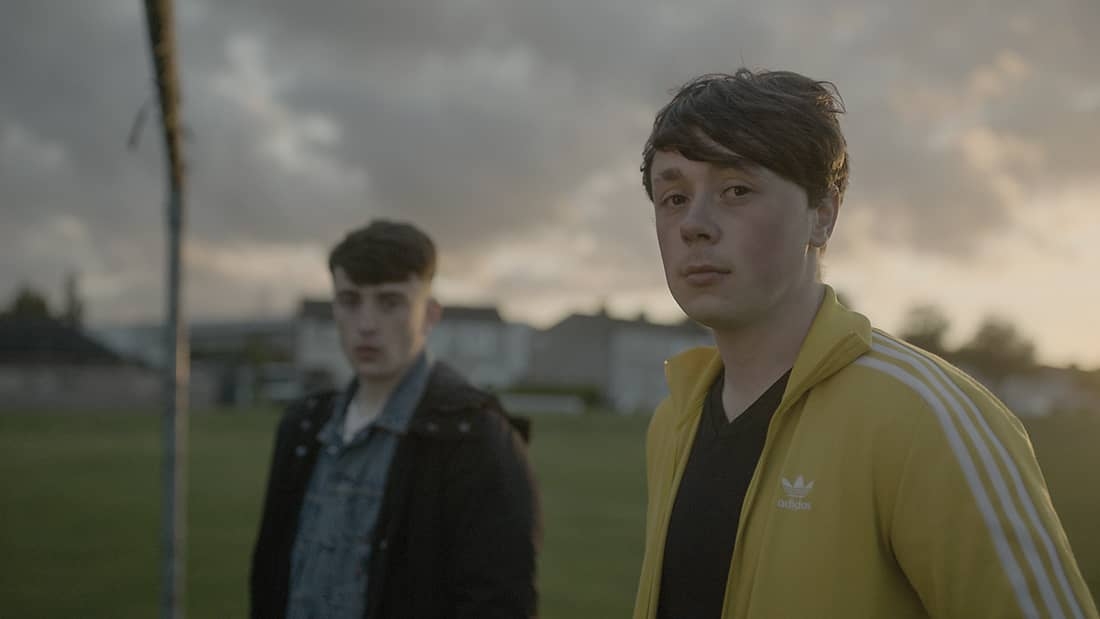 Emily 7: Brothers to feature on documentary ‘My Tribe’

Two Tallaght brothers who make indie music under the name Emily 7 will feature in a bilingual RTÉ documentary series called ‘My Tribe’ next week, which will delve into the indie scene in Ireland.

Kyle, 21, and Scott Bellew, 18, from Jobstown, formed Emily 7 two years ago and are influenced by bands from the Britpop era.

Kyle and Scott Bellew from Emily 7

They were asked to feature in the episode of ‘My Tribe’ that will look at indie music, and it will offer viewers an insight into the trials and tribulations of being in an indie band in 2021.

Now in its second season, ‘My Tribe’ looks at subcultures in Ireland from the 1950s to today, and has already covered scenes such as hip-hop, rockabilly and punk.

Scott and Kyle, who are past pupils of Mount Seskin Community College, told The Echo what it was like to be filmed for the documentary, they explained why the 90s Britpop era has such an enduring influence on their style and music, and they hinted at some plans for Emily 7 in the coming months.

How did your involvement in ‘My Tribe ‘come about?

Scott: We got a call from a promoter who we had worked with in the past to say a friend of his, Jennifer Healy, was putting together another series of the show ‘My Tribe’ and wanted to know if we’d be interested in taking part.

I was delighted to get the call as I had watched the first season and I really liked it, there are so many subcultures and communities within Dublin, that many people don’t even realise exist.

I think the show really captures how people within these subcultures spend their time, dress, what music they listen to and basically why they chose to be part of their ‘tribe’.

How did you feel when you were asked to take part?

Kyle: It was really cool when we were asked to take part in the series, as we really liked the first series that aired a few years ago, and the fact that we were going to be featured in an episode that focused on the indie scene in Ireland was class.

What was it like to be filmed for the documentary?

Scott: It was quite strange having a film crew in my room for a start! Joking aside though, it was an interesting experience having a group of people talking to me about the indie scene in Dublin and also about Emily 7.

It was interesting to talk about the indie scene in Dublin from my first-person perspective.

In my experience, there are not many easily accessible opportunities for younger bands and artists to voice and broadcast their views and opinions on a national level, so I’m really excited about this!

Emily 7 is heavily influenced by 90s indie music and style. What is it about that decade that appeals to you?

Kyle: A lot of things about the 90s appeal to me personally. I grew up heavily influenced by a lot of Britpop bands, like Suede, Oasis and Pulp, and I love the way that a lot of people who were in bands around that time just looked like normal people you’d see on the street.

People in bands looked rough around the edges – they were wearing t-shirts, jeans, runners, and tracksuit tops.

They proved that you didn’t need to look like Jon Bon Jovi and have over-the-top music videos in order to be in a successful band. They proved that once you’re driven, have good songs, and have something to sing about, then that would identify with young music lovers.

It’s been over two years since Emily 7 was formed, what has been the biggest learning curve you’ve had about being in an indie band over that time period?

Scott: The biggest thing I’ve learned in the two years of being in a band is that no matter what, the music is the most important thing. Nothing else matters – just make music that makes you happy. It makes the experience more enjoyable

What do you hope viewers will take away from your appearance on the show?

Kyle: I suppose over the course of the series it would be cool for viewers to get an understanding of the many different subcultures that are prevalent in Ireland right now.

There are loads of indie bands in the country, and we’re very grateful that we were fortunate enough to be featured on the show, talking about our experiences in the indie scene.

On one hand, I think it’s cool that viewers will be able to get an insight in to all these different scenes, and on the other hand I’d like it to appeal to young people who are passionate about music and clothes – whether it’s indie, metal or hip-hop – who might be a little reluctant to start a band, because they may feel there’s not many like-minded people out there.

But the series showcases that these scenes are thriving and always welcoming to anybody who shows an interest, and is passionate about what they do.

What future plans are in the pipeline for Emily 7?

Scott: We’re just about to announce the rescheduled date for our headline show in Whelan’s. Obviously Covid put a halt to a lot of our plans, but we’re going to do a single in the coming months, and keep in touch on our social media to see what’s happening!

‘My Tribe: Indie’ will air on RTÉ One on Monday, March 15, at 7.30pm and will be available on the RTÉ Player afterwards.