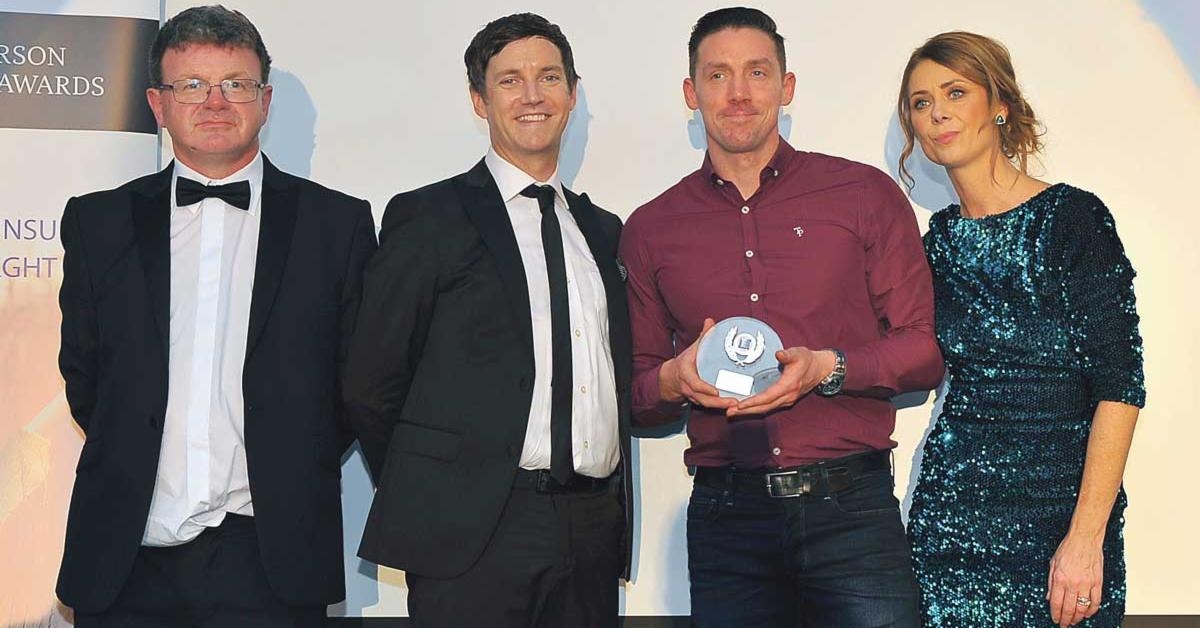 A NIGHT filled with pride was wholeheartedly summarised when Tallaght Person of the Year Guest of Honour Emmet Kirwan took to the stage.

How the Springfield actor and writer felt about his home town, was reflected in everyone on Friday night in the Red Cow Hotel.

In his 10-minute long speech, Emmet touched on the ancient history of Tallaght and how for many Tallaght really began in the 1970’s but something that resonated with the audience most was when he touched on the distinct Tallaght accent.

He said: “Your accent is something people used to try and change when I was growing up – speak properly is something I’ve often heard growing up, like what does that mean?

“If you had an accent, who you were and the way you spoke, for some reason it wasn’t good enough.

“The prejudice that we have against groupings of people sometimes is predicated on accent alone because previous to this we were a monocultural society – basically people thought that your accent dictated your intellect, your intelligence, your character based on how you sounded.

Targeting younger people from Tallaght, Emmet continued, saying: “We should embrace our accents and be confident in our accent and I really mean that for every accent, it doesn’t matter where you’re from, don’t let anybody ever tell you – and I say this to young people aswell coming from Tallaght – to speak correctly!”

“Because the idea of anybody on the island of Ireland speaking correctly is a nonsense. We all mangle the English language,” said Emmet.

“Where I’m from has influenced my writing, my work, my art, my life, and who I am as a person has been forged in this place.