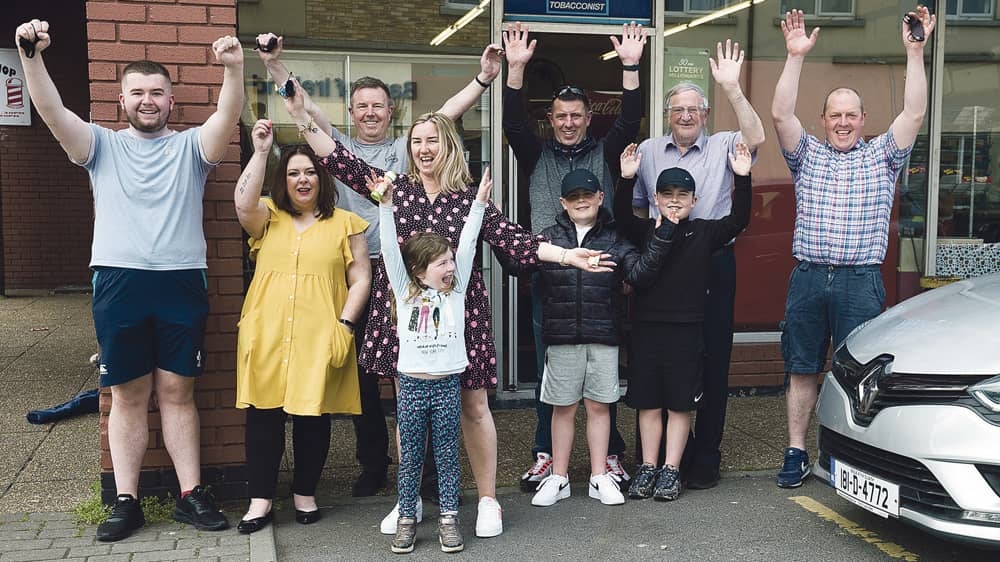 End of an era after 38 years in business

THE CLOSURE of Paddy Byrne’s Shop has signalled the “end of an era” for Rathcoole Village.

Originally from Drimnagh, Paddy moved out to Rathcoole with his wife Margaret 50 years ago and then in 1983, he bought the old Kearney’s coronershop on the Main Street in Rathcoole.

Paddy Byrne and Family outside the shop on Saturday

Over the years, Paddy Byrne’s has become a one-stop shop for your basic goods and a place for locals to socialise as they galavanted around the village.

“It was just your traditional local coronershop, sometimes people would come and they wouldn’t even buy anything,” Paddy’s daughter Lisa tells The Echo.

“They would just come in for a chat and then head off.

“The amount of support was amazing,” says Lisa.

“Dad was totally overwhelmed by it all, he couldn’t believe how much he meant to the village.

“It was very emotional, I had worked there for 20 years.

“I was only four when it opened, so that would give you an idea of the role it played in my life, it was always there.”

A father of three and grandfather of six, with his 73rd birthday this year, Paddy plans to take some time out to enjoy the little things in life and is contemplating a much-earned holiday at the end of the year.

As for what will happen with the shop building, LBJ Properties Ltd was granted planning permission in October 2017 to demolish the existing buildings and build a 69 bedroom Aparthotel.

Also included in the proposed development is 15 retail units and four market stalls.

The initial decision was appealed by Rathcoole Community Council to An Bord Pleanala (ABP), and after considering the nature of the appeal, ABP upheld the decision to grant permission.