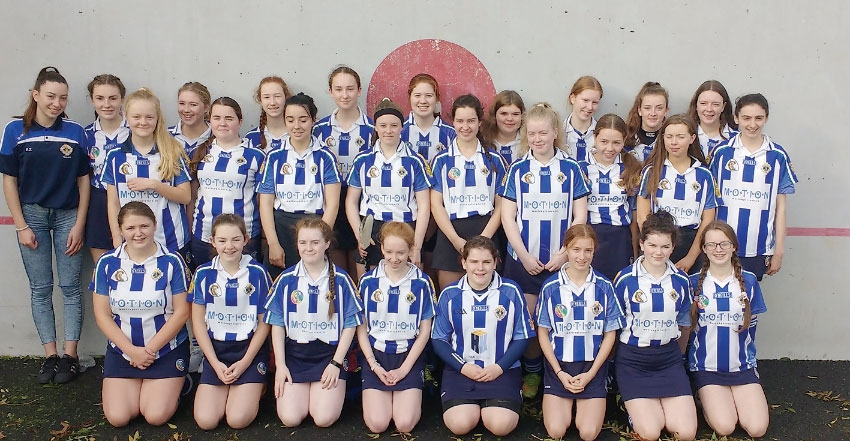 IN A nail biting encounter, Ballyboden St Enda's Under 16 camogie team fell at the final hurdle in the Division Four Shield in Clonee last weekend.

The Firhouse Road side put in a brave performance but lost 3-4 to 3-6 to Erin Go Breagh  who  came  back from five points down at the break.

Indeed Enda's looked in a good position at the interval as they had kept Erin scoreless in the opening half.

Boden enjoyed the better start to this match with Lucy O'Connor and Chloe Murphy causing trouble for Erin, but it was the hosts’ keeper who was standing out as she made a number of vital saves.

The work rate of the Boden midfielders paid off with Lucy O'Connor pointing a free and Sarah Lawlor sending over a point to give their side the advantage.

Things got better for Ballyboden when Murray scored a second goal to put her side five clear however the next 15 minutes saw Erin score a goal and thee without reply to go a point bin front.

Boden however went a point up again when substitute Laura Mullen scored a goal, but to Erin  lifted it again.

Two great saves from Sarah Reynold denied Erin but a third effort saw them register a goal to put them into a narrow lead.

O’Connor pointed a free to leave two between the teams, but the clock eventually beat Boden.