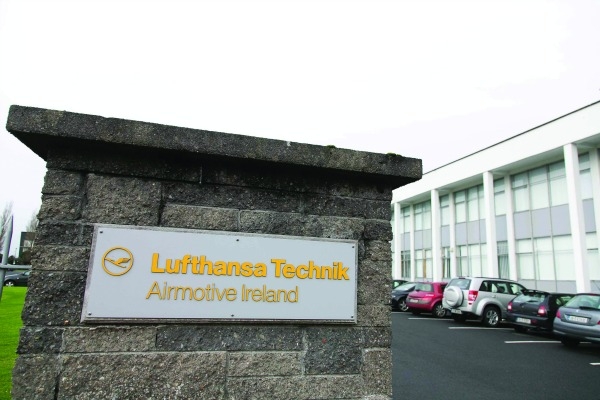 MILLIONS OF euro earmarked for redundant workers from the Lufthansa Technik plant in Rathcoole are set to be returned unspent to the European Commission, a local councillor has claimed. Cllr Eoin Ó Broin says that up to €3m could be left unspent with 60 per cent of that being returned to Brussels.

The European Globalisation Fund (EGF) is a European Commission programme that provides training and employment supports to redundant workers. In 2014 the Irish Government applied for EGF funding for 424 workers made redundant following the closure of Lufthansa Technik in Rathcoole, Co Dublin in 2013.

Cllr Ó Broin told The Echo: “‘In April 2015 the European Commission agreed a programme worth €4.14m for the 424 Lufthana Technik workers, with supports to be provided to an additional 200 young people not in education training and employment.

The Commission contributes €2.49m to the fund, the remainder of which is to be funded by Government. Any EU funds not spent by September 2016 must be returned to the Commission.”

Cllr Ó Broin says that participation in the programme has been lower than expected.

He added: “Though 77 per cent of the former Lufthansa workers have engaged with the programme, the actual number who availed of financial and training supports is significantly lower. More worryingly, the participation rate for the young people is less than 40 per cent and again many of these have not availed of significant supports”.

He says that the Minister responsible for the EGF programmes, Damien English, has repeatedly refused to tell the Dáil how much of the €4.14m has been spent to date.

Cllr Ó Broin added: “On the basis of the information we have on the Lufthansa Technik programme from the two EGF implementation reports it appears that this programme will struggle to have 50 per cent of its funding spent by September 2016”.

He is calling on Minister English to come clean on the spend to date on the Lufthansa Technik EGF fund “so that we know the scale of the potential loss of funding to the local community”. He is also calling on the EGF to engage with as wide a range of local labour activation, community and youth providers to ensure that those who can avail of the EGF funding are given a real opportunity to do so.

The Echo contacted Minister English for a comment but did not get a response before we went to press.