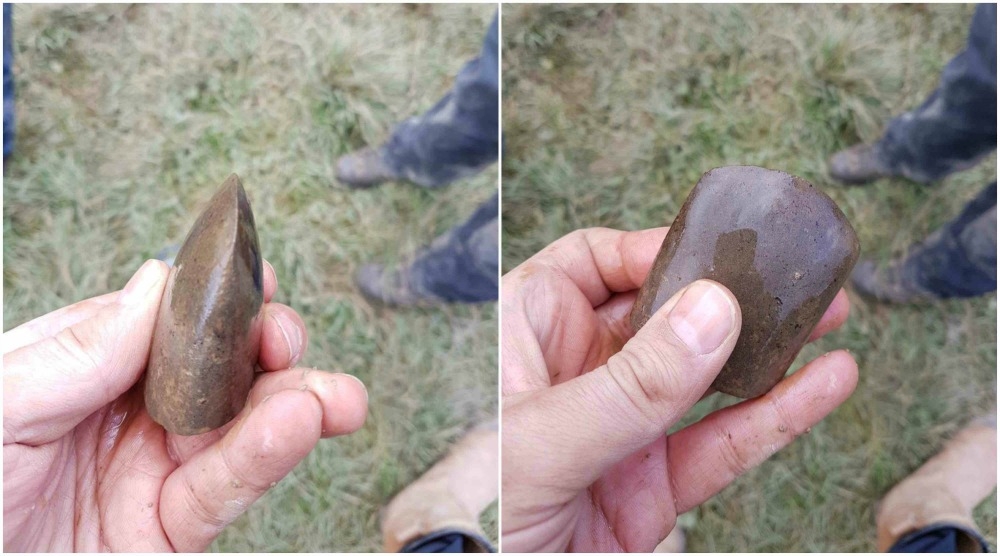 It has been an exciting couple of weeks for the archaeologists digging at the Hellfire Club in the Dublin Mountains.

Perched on Montpelier Hill, the burnt out shell of the ‘haunted’ Hell Fire Club – which dating back to 1725 was built as a hunting lodge for famous politician William Connolly, aka the Speaker Connolly – is this month undergoing an archaeological excavation, with members of the public invited to stroll up for a look.

Unknown to many who visit Montpelier Hill, a prehistoric passage tomb also marks the summit of the hill.

A second trench has now been opened on the site to uncover more of the tomb.

After some excavation it is now believed the tomb, similar to that of Newgrange, would have been a large circular type mound from the Neolithic period, which would date back to around 5,000 years ago.

Neil Jackman of the Hellfire Club Archaeological Project said: “The aim really is to examine the remains of this passage tomb which was largely destroyed when William Connolly had the Hellfire Club built in 1725 and if possible to get a radiocarbon date – some material that will tell us exactly how old this tomb is.

“We have found evidence of stone tool making, flint, waste material from when they were making blades or arrow heads or material like that about 5,000 years so we know we are on the right track for Neolithic Ireland.

And yesterday one volunteer made what has been described as an “unbelievably beautiful” discovery, when a polished stone axe was recovered, which dates to about 5,000 years ago.

Members of the public are encouraged to visit the site while the dig is taking place, which will run until the end of the month.