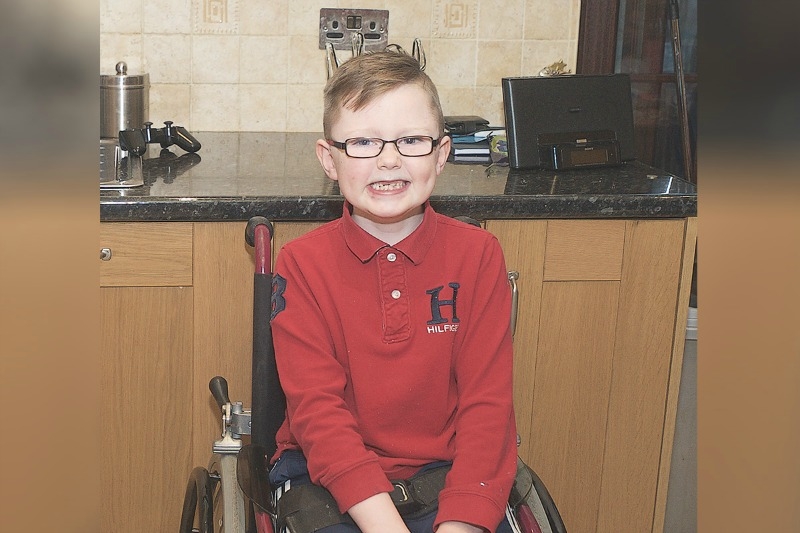 Tournament to raise funds for Ballyfermot boy shot and paralysed

A FOOTBALL tournament is taking place today (Thursday, October 20) in Ballyfermot to raise funds for Sean Scully – the young boy shot and paralysed in Cherry Orchard three years ago.

The gunman who shot Sean (9) has never been brought to justice, after residents were intimidated by individuals to keep quiet during garda investigations.

The event is organised by Dublin City Council in partnership with the FAI, and CEO John Delaney is expected to attend the awards ceremony at 1pm.

The St Ultan’s primary school pupil was playing with his friends outside his Croftwood Grove home in 2014, when a gunman opened fire during a separate dispute.

Shrapnel caused catastrophic damage to the spinal cord, paralysing him from the chest down.

Sean, who celebrated his ninth birthday in September, sleeps and lives downstairs in the family home, and has been undergoing intensive rehabilitation at the National Rehabilitation Hospital in Dun Laoghaire, but many feel not enough has been done to support the family

“He is happy and moving on, but we are unsure of the long-term care,” said Sean’s aunt Denise Scully.

“We are trying to get a new wheelchair at the moment, as he’s getting bigger.”

Derek Ahearn, Sports Officer Dublin City Council, feels not enough has been done to help Sean, but hopes the tournament will make an impact for the family.

“It’s going to be a big event, a huge amount of work has gone into it,” said Mr Ahearn.

“I worked with Ian in the Ballyership, which involved the six Ballyfermot projects. It went so well, young people started coming back to football, we ended up getting funding, and amalgamated with Orchard Celtic. Ian was taken before his time. Any funds raised go toward Sean’s rehab as he bravely battles hardship on a daily basis.”