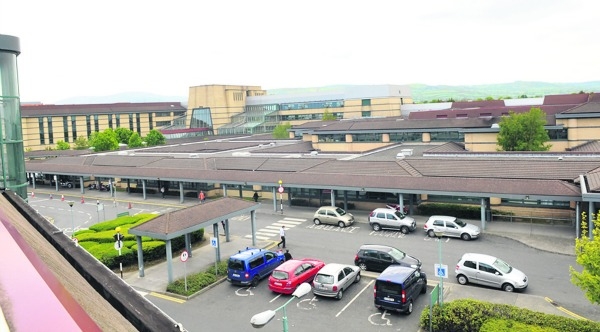 AFTER months of delays surrounding the opening of the extension of Tallaght Hospital emergency department, Minister for Health Leo Varadkar confirmed that he will visit the hospital within the next fortnight to mark the official opening of the new extension.

The expansion, originally due to be opened at the end of March 2015, is expected to ease the overcrowding issue which saw a 91-year-old man spend 29 hours on a trolley last week.

As reported in The Echo back in March, concerns were raised locally about the staffing levels in the emergency department which The Echo understands led to the delay in the opening of the expansion.

Fianna Fáil councillor Charlie O’Connor told The Echo that he will call upon the HSE to tackle the overcrowding crisis at Tallaght Hospital emergency department at the next meeting of the Dublin-Mid Leinster Regional Health Forum.

He said: “The public is seriously concerned about the situation and I feel it is important that the board of the hospital would receive as much assistance as possible to deal with these issues.

“I promise to continue to monitor this situation and stress that the public must have confidence in Tallaght Hospital.”

“This commissioning comes as a result of a €5 million investment in an expanded and upgraded Department with extra facilities that require additional staff.

“The hospital is actively recruiting additional staff to fully open the expanded Emergency Department, with funding support recently confirmed by the HSE.

“Nursing recruitment is a particular focus for the hospital both nationally and internationally with candidates being processed for posts in theatre, ICU and the Emergency Department.

“This work is ongoing to allow for the full opening of the expanded Emergency Department, subject to a successful nursing recruitment campaign.”