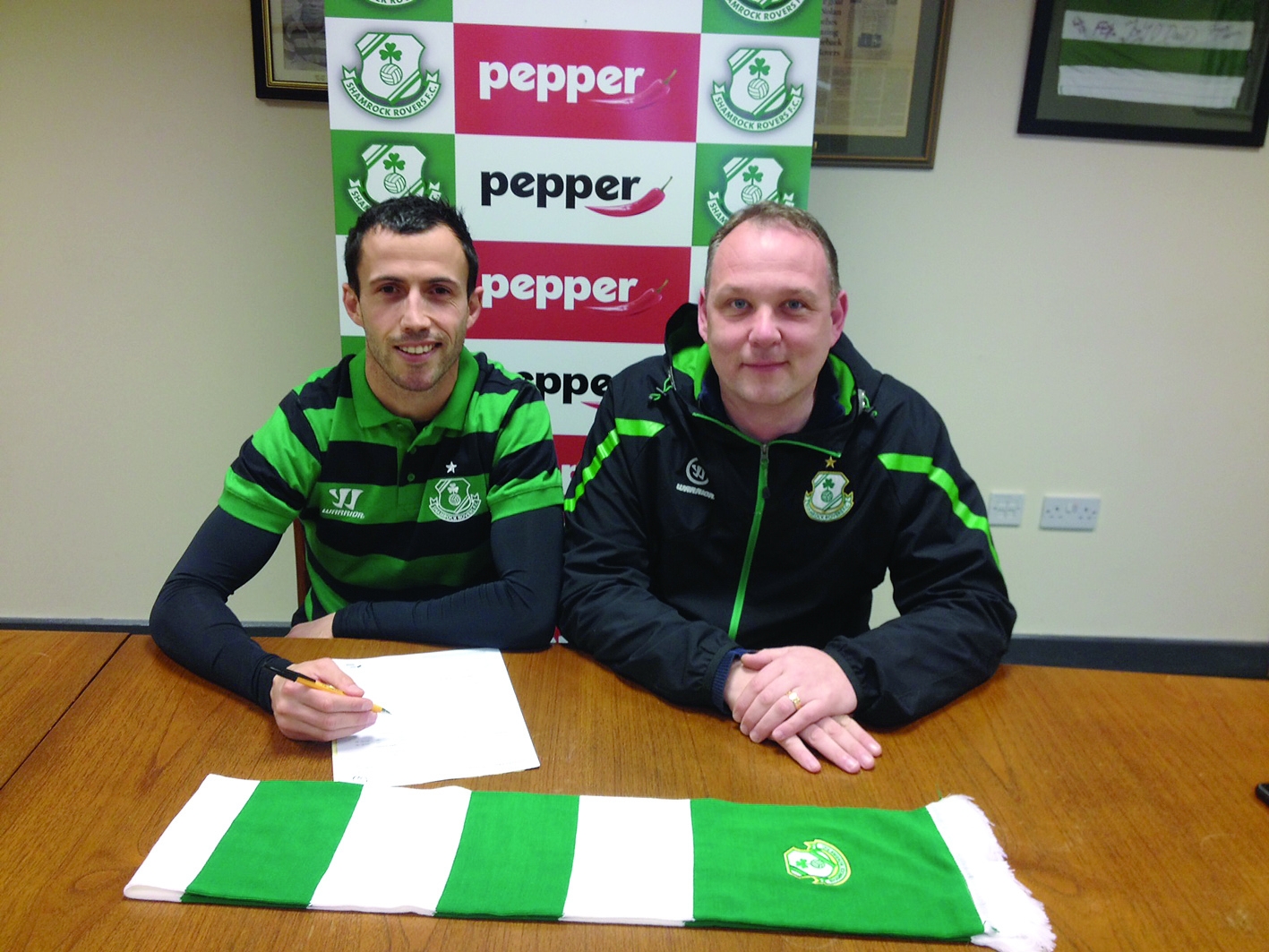 Fahey to roll with Hoops

KEITH Fahey will don the green and white hoops of Shamrock Rovers next season.
The Tallaght man, this week, penned a contract that will see him join Pat Fenlon’s side for the 2015 campaign.
“I’m delighted to be here at Shamrock Rovers” said Fahey. “This is my local club and it’ll be great to be playing so close to home.
“It’s good to have the signing done at this early stage.
“I’m going to go away now and enjoy the break and have a holiday and then I’ll look forward to linking up with the squad here and getting into pre-season and the new campaign ahead.”
Fahey also tweeted “Looking forward to this new chapter ahead at my new club.”
“Thanks everyone who supported me at St Pat’s FC. I’m very grateful to you genuine supporters.
“Was a great way to end things last Sunday week”
The 31-year-old midfielder who has 16 Ireland senior international caps to his name represents one of the highest profile moves in the Airtricity League already this winter.
He helped Birmingham City to League Cup glory in 2011 after having played a part in their promotion to the Premier League in the two years before.
He parted ways with the Blues at the end of the 2012 /13 season and returned to the St Pat’s fold where, this year, he helped bridge a 53 year gap since the club last captured the FAI Cup title.
Meanwhile striker Ciaran Kilduff and centre half Jason McGuinness are heading the opposite direction having been signed up by St Patrick’s Athletic from Shamrock Rovers.