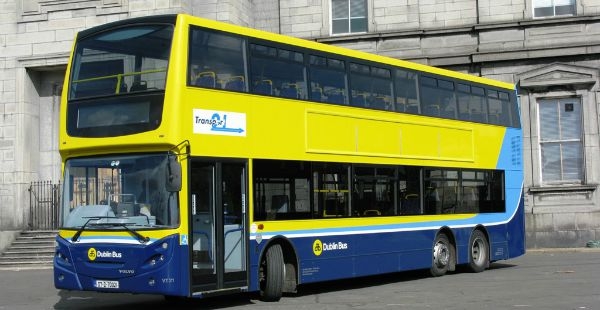 Family wait for test results after toddler is stabbed with syringe

A HORRIFIED mother from Clondalkin has spoken about her worrying wait for blood test results after her three-year-old daughter was stabbed with a heroin-filled needle on a Dublin bus this week.

Alysha Zambra was on the number 13 bus with her mother, Stacie, on Wednesday when, within minutes of boarding the bus in Clondalkin village, the young child had jabbed herself with the needle.

Speaking to 98FM earlier today, terrified mam Stacie said: “We always go and sit at the back. I go in the middle and the kids go either side of me.

“I just glanced out the window and then when I turned around Alysha’s finger was pumping with blood and I saw the needle on the floor.

“I let out a big scream and went straight down to the driver, and it was just faith that five bus inspectors were getting on at the Bluebell stop and I just kept saying get and ambulance and they helped and cleaned us up.”

The young child was taken to Our Lady’s Children’s Hospital, Crumlin, and the doctors ran tests for HIV and Hepatitis A/B/C, with the results expected this Friday.

Stacie said: “It’s just the thought of that needle being in someone else’s horrible vein that is disgusting.

“I knew straight away that it was heroin, it was a gold-brown colour. Who knows what my child faces now. I just can’t believe it happened to my child.”

Dublin Bus did confirm that an incident took place on the number 13 bus on Wednesday and that CCTV has been downloaded.