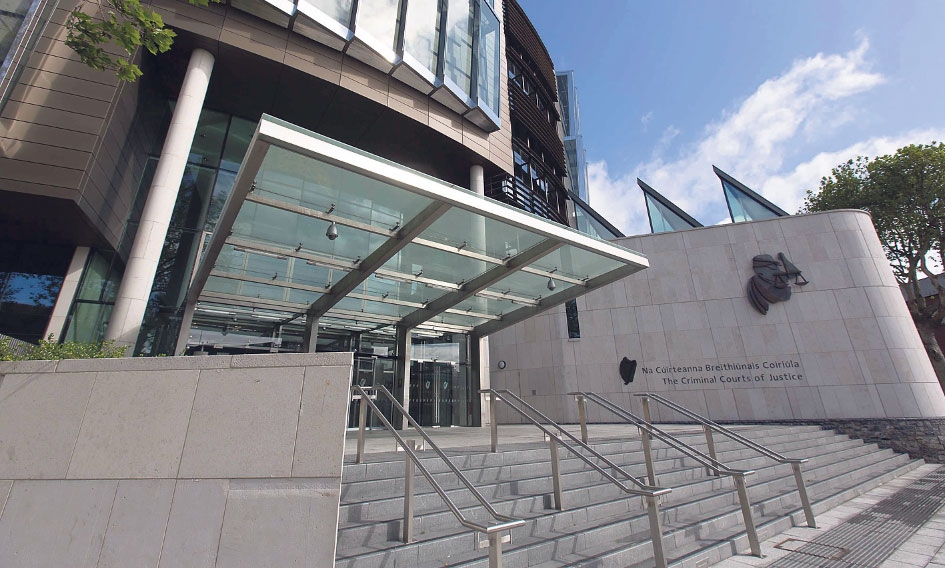 A FATHER-of-three who robbed an elderly man of €2500 has claimed he tries to make up for the crime every day “by doing good things for people”, a court has heard.

Alan Behan (26) with an address in Benmadigan Road, Drimnagh, pleaded guilty to one count of robbing cash from then 87-year-old Robert Lynch outside a Bank of Ireland branch in Walkinstown, Dublin on August 26, 2016.

“I wish I could take it back,” Behan wrote in a letter read out in court. “Ever since I committed this crime, I've tried to make up for it every day by doing good things for people.”

Medical records say he was suffering a “manic episode” and was “not of sound mind” at the time of the robbery. He will be sentenced on December 19.

As he was walking back to his car, Behan appeared and grabbed hold of him, demanding he hand over the money. As Mr Lynch struggled to protect the cash in his pocket, he fell to the ground before Behan made off with the cash.

Mr Lynch, who is now 88, was in court for the sentence hearing. He was extremely afraid during the incident and suffered a small cut to his arm but has made a full recovery, the court heard. He did not wish to make a victim impact statement.

Behan was identified by gardai on CCTV footage and arrested a few months after the offence. He has 17 previous convictions, including dangerous driving, drink driving, aggravated burglary, criminal damage and assault.

Defence barrister, James Dwyer BL, said his client was extremely remorseful and had asked gardai if he could apologise personally to Mr Lynch prior to the case being heard.

This was arranged and Mr Lynch had accepted Behan’s apology with “incredible graciousness”, the court heard.

Behan had €600 in court to compensate Mr Lynch and has vowed to pay back all the money he robbed, Mr Dwyer said.

In the letter of apology, Behan said he was sorry for his actions and “disgusted” at himself. He said he thinks about the robbery of Mr Lynch every day.

The court heard Behan has been living in temporary hostel accommodation with his partner and three children for one year and nine months. He suffers from significant mental health issues, including anxiety and bipolar disorder, Mr Dwyer said.

Medical records were handed up to court outlining Behan’s mental health. At the time of the offence, he had not taken his medication and was under the influence of cannabis and other drugs, the court heard.

Judge Karen O’Connor noted Behan had made the choice not to take his medication and despite his mental state, “had the wherewithal to choose his victim carefully”.

“He didn’t follow a young man who might have been able to put up more of a fight,” the judge said.

She adjourned the matter to December to allow for an updated psychiatric report and a probation report.