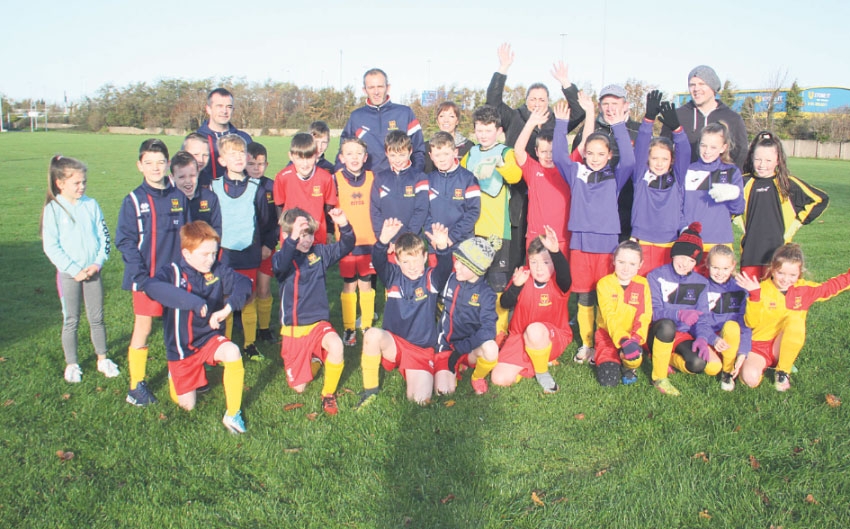 KILNAMANAGH AFC has reissued its 20-year appeal for a perimeter to be erected around its training pitches, after ongoing vandalism escalated at Halloween.

On November 1, members of Kilnamanagh AFC woke up to find their training pitches on Tree Park Road destroyed by fire and littered with rubbish, broken glass and a burnt-out car – with the ground also ripped up by rallying vehicles.

A section of a wall that runs alongside the training area, and acts as a boundary between the estate and the M50, was also knocked down by youths in recent weeks.

According to Paddy Ennis, the vice chairman of Kilnamanagh AFC, vandalism of the training area is an ongoing problem, with gangs regularly gathering to hang-out and drink.

Paddy told The Echo: “We have been 20 years asking South Dublin County Council to put up a small wall and railings around the training area but nothing has been done.

“All we’re looking for is a continuation of the wall around the Ned Kelly Park to try and stop anti-social behaviour and vandalism on our pitches, and maybe a small carpark to help develop the area.

“We have 29 teams, that’s around 400 kids, using these training pitches every week and we feel that all of the maintenance we do throughout the year is constantly being undone.”

He added: “We are happy to continue maintaining the area, but need the council to help us protect the area by building a small wall with a fence on top, we’re not looking for a monstrosity.

“The level of anti-social behaviour is crazy and it’s only a matter of time before someone is seriously injured.

“If we weren’t using that area and maintaining it, it would be a no-go zone.

“Originally residents weren’t too happy with the idea of a wall going around the area.

“However, residents are fed up now, and a meeting is planned between the club, the council and the residents’ association next week.”

In true Tallaght style, parents linked with the club and volunteers turned a negative story for the club into a positive one when they descended on the area in recent days and removed all of the debris.

New Century Engineering, which is doing work in the area on behalf of Amazon, also dropped by and reinstated the patch of ground destroyed by the burnt-out car.

“Fair play to everyone who helped, it is community spirit at its best”, Paddy said.

When contacted by The Echo this week, a spokesperson for the council said: “It is regrettable that this, and other locations throughout the county, were needlessly damaged during ‘Halloween celebrations’ and that these actions by a minority has caused much distress to clubs, communities and the council alike.

“The extent of damage at these locations will be assessed in the coming days and reinstatement works will then be prioritised. It is most likely that works will commence with reinstatement of playing pitches which were damaged.”

When asked about the club’s proposal of a wall or fence, the council replied: “Notwithstanding the recent damage, it is not currently intended to provide walls, fences etc. at these locations which form part of the overall public space used as public amenities.”