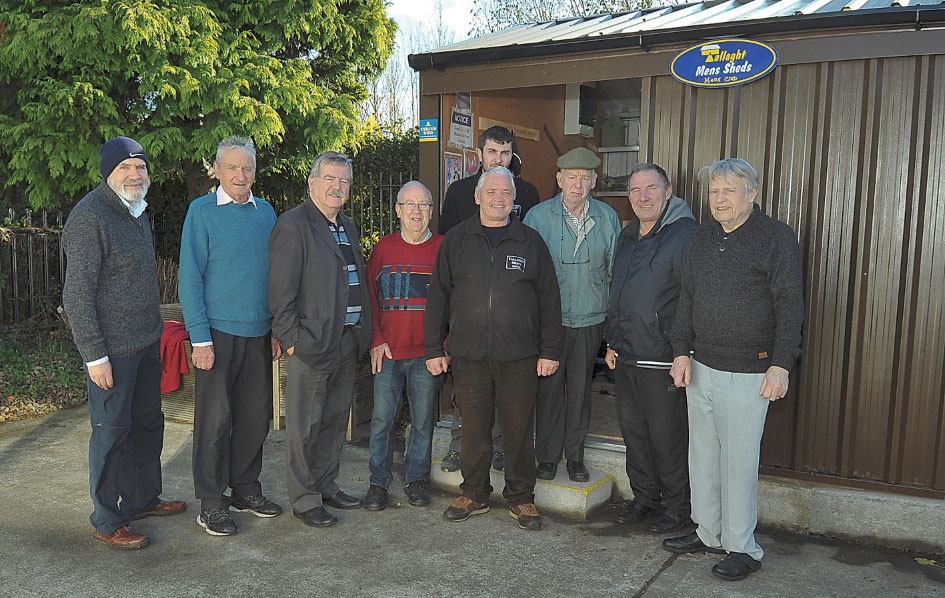 TALLAGHT Men’s Shed have settled into a new home on their Glenview site, with members recently celebrating not only their new premises but also the support they have received from the community.

The Tallaght Men’s Shed was established in 2011 with help from the Tallaght Centre for the Unemployed – which, through its work in the community, noticed that a growing number of men were experiencing mental health issues.

The Tallaght Men’s Shed, which is now one of four men’s sheds in the local area, has over the years grown from strength-to-strength and recently moved into a more spacious, warmer Steel Tech shed on its existing site in Glenview.

Maire Redmond of Tallaght Centre for the Unemployed, who is also the voluntary chairperson of Tallaght Men’s Shed, told The Echo: “The lads are delighted with their new Steel Tech shed and we have to say a very big thank-you to South Dublin County Council’s community services for providing the funding.

“Roadstone also sponsored the materials for the shed’s foundations.”

With 17 members, Tallaght Men’s Shed is very active within the community and works alongside different groups and schools on a diverse range of projects.

“The celebration that we had recently was also a way of saying thank you to everybody who has helped the Men’s Shed along the way”, Maire added.

“The group really appreciates the help and support it has received.

“They now have this cosy, warm space to work away at their wood work skills and to promote men’s health in general.

“This new shed is a real gift to the men and it’s also a gift to the community as members spend a lot of their time working on projects such as buddy benches for schools or stage props for local theatre companies.

“It really is a huge asset to everyone involved and the wider community.”