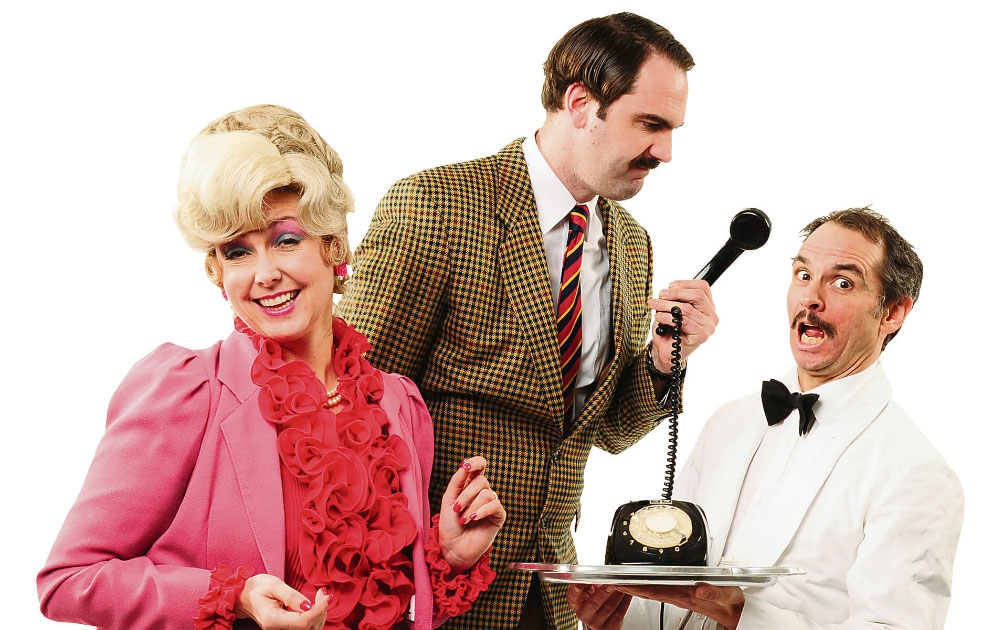 EVEN though they seem like the sort of people who haven’t an inkling of what hospitality means, we have all wondered what it would be like to visit the Fawlty Towers Hotel. Well now all the wondering can stop, because the chaos comes to the Civic Theatre with ‘Fawlty Towers – The Dining Experience’.

From the minute audiences walk through the door for their three-course meal, they are hit with the pandemonium of the cynical Basil, as he abuses and uses their waiter Manuel for his schemes whilst his wife Sybil tries to pull the dinner service together.

The globetrotting show was created in Australia over 20 years ago, and after selling out shows in around 20 countries a year, ever since – including the Sydney Opera House and Edinburgh Fringe Festival – the faulty lot come to Dublin for their second outing.

Rob Langston spoke to The Echo about the challenge of playing Basil, over 40 years after audiences first met and fell in love with him.

He said: “There is obviously a lot of responsibility because it is such a well-loved show, but it is very rewarding.

“People’s faces just light up when the characters walk into the room, because they remember the show on their screens and now they’re just surrounded with these characters they love so dearly.

“It really is a pleasure to play, and I am very very fortunate to play Basil.”

Rob, who has been playing Basil for six years, went on to talk about what audiences can expect from their dining ordeal.

“Everything that you think can go wrong, will definitely go wrong.

“Pretty much they get served a three-course meal, and all the problems from the show just come to life around them and involving them.

“It’s pretty much a 3D version of the TV show, and is a great experience for fans and non-fans alike because it is such a fun time.”

Having originally performed its Irish premier in 2009, the show returns to the Civic Theatre for this unique experience for five shows from Tuesday, April 17 – Saturday, April 21.

Tickets are in high demand and with limited availability, those looking to attend can purchase tickets for €45 – €49.50 at boxoffice@civictheatre.ie or at the box office on 01-4627477.