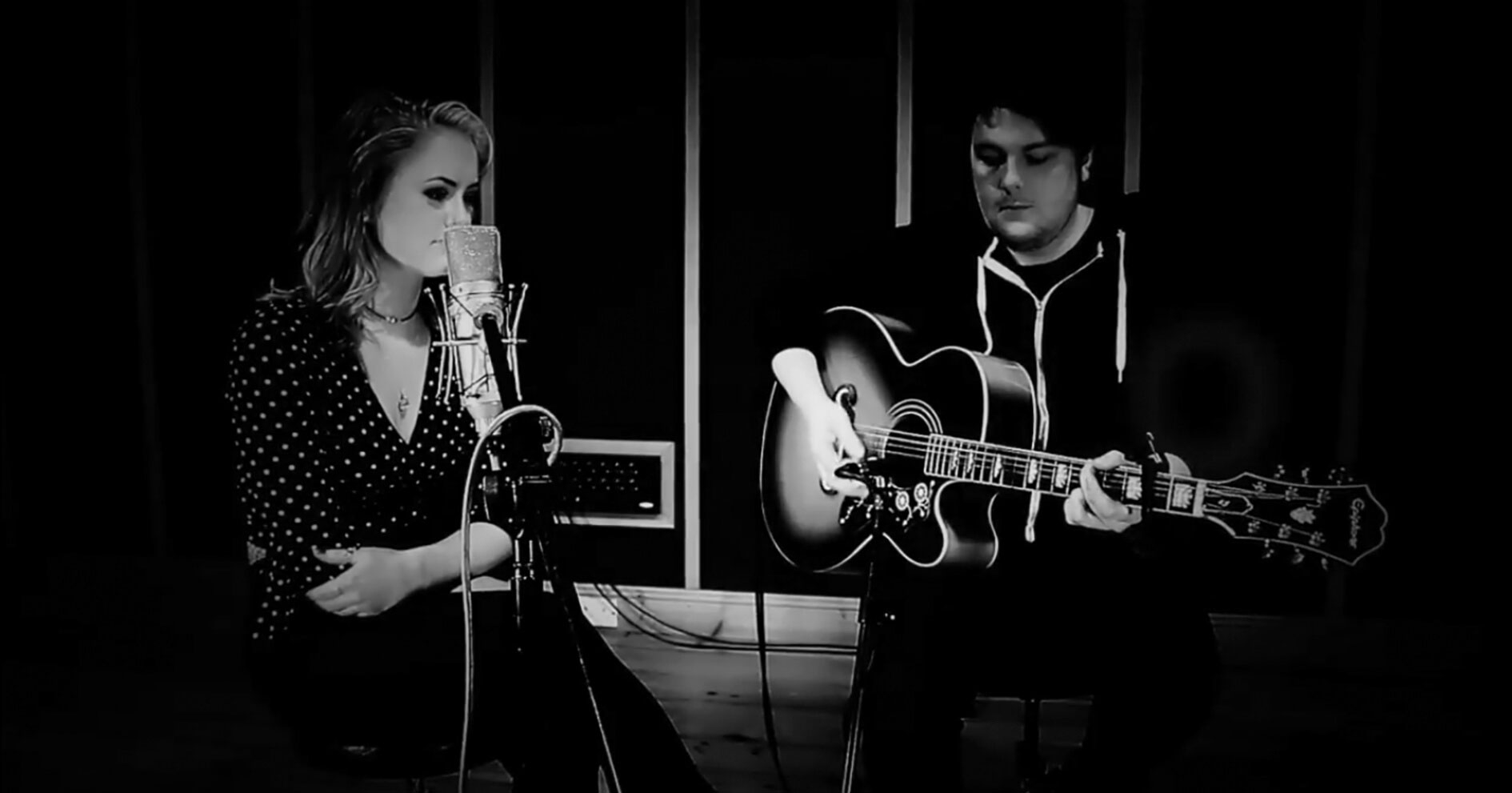 INDIE duo Elemeno consists of Tallaght natives Sandii Jane Hyland (26) and Gavin Doyle (23), who met when they were students in St Mark’s Community School in Springfield.

Sandii Jane is a seasoned live singer who has appeared on the Irish version of television talent show The Voice and has released her own solo material, while Gavin is a skilled guitarist who honed his craft when he studied at the British and Irish Modern Music Institute.

The duo will mark the release of their debut EP ‘Starting Fires’ with a gig in Whelan’s later this month, which promises to be an intimate performance.

Gavin told The Echo about forming Elemeno, the varied nature of the band’s sound, and their upcoming EP release.

How did you both meet?

I think we met originally in school at some point. We were both heavily involved in the music and drama scenes, and we took part in a few musicals and shows together throughout our time in St Mark’s.

When and why did you decide to form Elemeno?

Well, over the years we both played in countless bands and outfits but never really together, and after becoming close friends over the years we just said, why not play a few songs together? Sometime in mid-2017 we were asked to peform together at a friend’s show. Then we decided to form a duo and showcase some of the original music we had been working on behind the scenes.

What was it like the first time Elemeno played live?

We originally performed together in Molloy’s in Tallaght at a music night I run with some friends. Soon after we were asked by a friend to support him in Whelan’s. To say our first proper gig as a band was on the mainstage of Whelan’s, performing for a packed room, is incredible and something we are very thankful for.

How would you describe your sound?

We’re a mixture of a few different things. I come from a traditional music background and write a lot of folky, ballad type songs, whereas Sandii comes from a more diverse musical background. She brings a lot of different styles to the table, such as pop, folk, and traditional styles, with a soulful voice to boot.

Can you tell me a bit about your ‘Starting Fires’ EP?

The main theme of the EP, as a whole, is reflection. The first track, ‘Wrecked’, describes the feeling of just being far too worn out from the pressures and struggles of daily life – when staying in bed seems far more attractive than getting up and going about your day. The second track, ‘Turn Around’, at first may seem like a love song but it is actually about when you leave all your friends and become distant from everyone that you are close to, for a love interest. It is a song of apology to those people. The penultimate track, ‘The Only Thing’, is a song that touches on mental health issues. It advises the listener that no matter how tough life can get, no matter what you are going through that all you need to do is breathe. Things get better and if you just take a breath and slow down you can save yourself a lot of unnecessary trouble and stress.

What about the title track?

The title track, ‘Starting Fires’, is very much a song of reflection. It essentially describes the feeling of seeing a person from your past and wondering, “What if? What if things had gone differently?” And all the follow-up questions that fly around in your head during the brief encounter. The main message of the song is that there is no point living in the past, it is in the past for a reason and the best thing you can do is look positively to the future. This is a constant message throughout the entire EP.

Elemeno will be launching their EP with a performance in Whelan’s on Sunday, April 29 at 8pm with support from Orlagh Kenny and Aaron Nestor. Tickets are €5 online at www.whelanslive.com, and you can keep up to date with Elemeno by following @ElemenoMusicOfficial on Facebook.

NEWER POSTFawlty Towers Show – Unique dining experience with Basil, Sybil & Manuel
OLDER POSTParticipation rather than the medal means so much to Frances