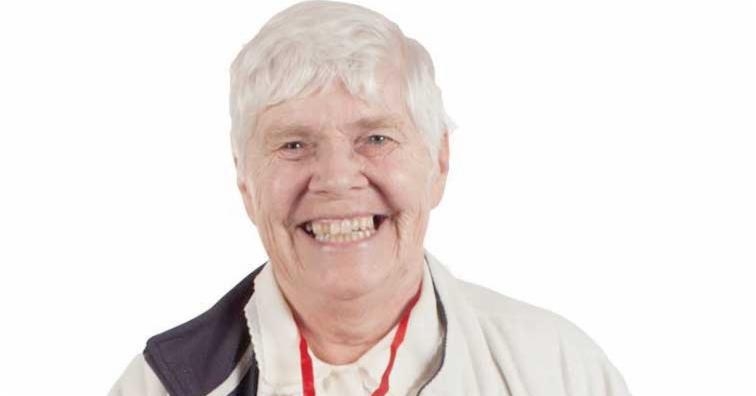 Participation rather than the medal means so much to Frances

Frances Mansfield (74), from Mountain Park, took up running in 1963, which she said “wasn’t the done thing” for women at the time, and she went on to set up a meet and train group in Tallaght in 1983 to encourage more women to get involved in running.

Frances told The Echo: “I thought a lot of women would like to take up running, but that they might be shy or unconfident – a lot of them weren’t working because they had children and because of the marriage ban”, which prohibited married women in Ireland from being employed and was lifted in 1973.

Several years later, in 1983, Frances put an advert in The Evening Press inviting any women interested in joining a running group to meet at the H Williams supermarket in Tallaght, and while Frances had modest expectations for how many women would show up for the group’s first meeting, ultimately over 100 people from all over the county showed up.

“A couple of years later I met one of the guys who came up with the idea for the Women’s Mini Marathon,” Frances explained.

“He said to me that if it wasn’t for the meet and train groups then there wouldn’t be a mini marathon.

“I was worried that some of the women would find it difficult to run 10k, so as an added incentive I said, ‘Why don’t we run for charity?’

“We picked Our Lady’s Children’s Hospital in Crumlin for the first year, because a lot of the women who were going to be running in the marathon had children.

“We asked the hospital if they had any sponsorship cards that we could use, which they didn’t at the time, but then they printed them for us to use for the mini marathon.”

The first Dublin Women’s Mini Marathon was held in 1983, and attracted 9,000 participants, and over the years nearly €210m has been raised for charities as a result of the annual event.

Frances still has her medal from the inaugural marathon, but when she was asked what the medal means to her, she said: “It was the participation rather than the medal [that mattered to me] – it was unheard of at the time for women to be running.

“It’s great to have the medal, but I also got great satisfaction out of running the 10k.”

Now Frances is still engaged in sporting endeavours, as she regularly participates in discus and hammer throws.

Frances will be showing her medal from the inaugural marathon on ‘National Treasures’ this Sunday, April 22, at 6.30pm on RTÉ One.