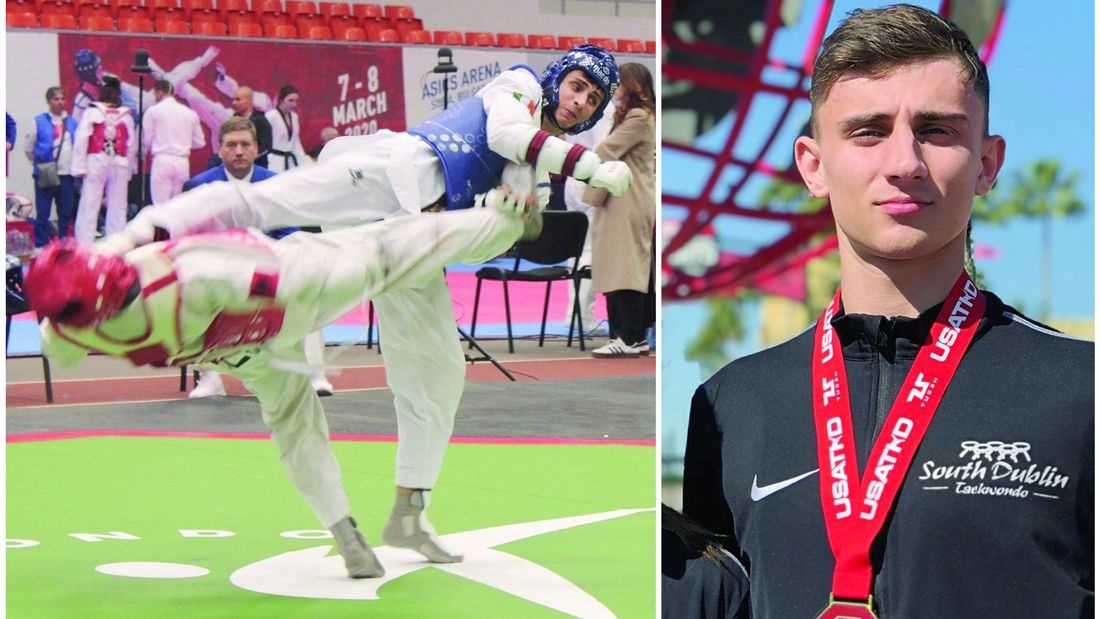 THE ECHO 2019 Sports Star of Year, Jack Woolley is back among the contenders this year’s accolade after winning gold at the US Taekwondo Open held in Walt Disney Worlds ESPN Arena in Orlando, Florida in February.

The 21-year-old South Dublin Taekwondo Club star, who has already qualified for the Olympic Games in Tokyo, returned to the location of his first senior event back in 2015 where he then stunned the world of Taekwondo by winning a bronze while still a junior.

Following a stunning gold medal win at the US Open in Florida, South Dublin Taekwondo’s Jack Woolley has been declared The Echo ‘Sports Star of the Month for February.

At this year’s event Woolley emerged top from his -58kg division, surmounting the challenge of the Olympic-ranked Number Two, Jesus Tortosa Cabrera, in the final on the Golden Round’ (First to score two points) after they had finished deadlocked at 15 points apiece.

It completed a tremendous campaign that saw Woolley also despatch Russian, American, French and Swedish opposition along the way, and resulted in him scooping the ‘Male Player of the Tournament’ Award.