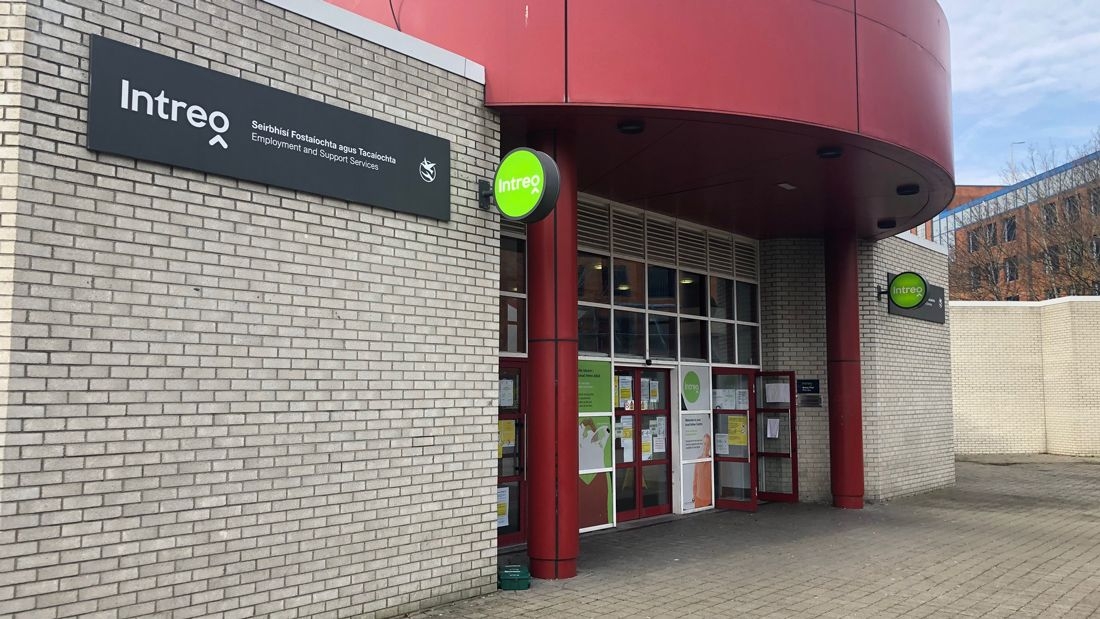 283,000 people were awarded payment of the Covid-19 Pandemic Unemployment Payment on Friday (March 27) by the Department of Employment Affairs and Social Protection.

These payments are in addition to the 201,000 people in receipt of standard jobseeker payments as of Friday, March 27 (an increase of 19,000 on the figure at the end of February).

The Intreo office in Tallaght. People are been asked to submit their applications online via My Welfare

A further 25,000 wage subsidy payments were made in respect of the Employer Refund Scheme administered by the Revenue Commissioners on behalf of the Department.

All payments issued on Friday will be in customers’ bank accounts or at their local post office from Tuesday, March 31.

The level of payments reflects the unprecedented demand for the Department’s income supports over the past two weeks.

In total, since launched on March 16, the Department received and processed 389,000 applications for the Covid-19 Unemployment Payment.  This is equivalent to a 19 month claim-load in two weeks.

A significant number of duplicate applications – over 66,000 – were received.  Excluding these duplicates, 88% of claims received were put into payment. All of these payments will be paid into customers’ bank accounts on Tuesday, 31 March.

However, some payments were withheld for various reasons.

The Department is working very hard to resolve any issues, such as invalid IBANS or PPSNs, with legitimate applications and is contacting the people concerned directly over the next few days.

“As we will be contacting the people concerned directly we ask, if at all possible, for affected customers to only contact us if absolutely necessary.

“We also ask that people take care when submitting applications to ensure that critical information such as dates of birth, PPSN and IBANs are entered correctly.

An IBAN has 22 characters and people should take care that it is entered correctly.

“Finally we ask that people submit their applications online via My Welfare.

The large volume of duplicate applications has consumed a significant amount of staff time and is delaying both the processing of legitimate claims and the contacting of people who have submitted incomplete or incorrect claims”.