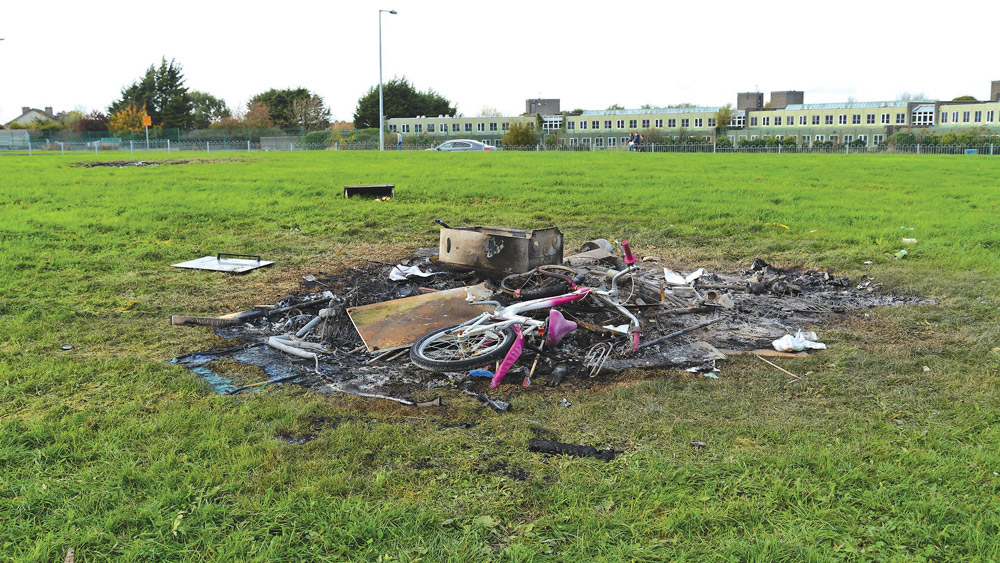 The mess left after the bonfires in Tallaght this week

HALLOWEEN was a busy night for gardaí, firefighters, and council workers, with a large number of bonfires in Lucan, however there appeared to be fewer bonfires in Tallaght this year.

South Dublin County Council workers are still carrying out clean-up work in wake of Halloween, so official statistics for the number of bonfires and waste collected have not yet been collated.

The Echo understands that there were several bonfires in Lucan, however local Labour councillor Joanna Tuffy said it didn’t appear to be a cause for concern in the area.

“I can’t say that I saw any myself, it was raining early enough,” she said. “It’s probably a sign of demographics, there are lots of teenagers in Lucan.

“It could just be related to the age profile of Lucan compared to previous years, but I haven’t received any complaints about bonfires – and with the rain, they probably wouldn’t have gone out of control.

“These things can be a problem in one area one time, and then in another area the next time. These things kind of come and go, so I wouldn’t be particularly concerned.”

Crews from Dublin Fire Bridge were active around the county and extinguished a bonfire in Kilnamanagh with the assistance of local gardaí.

There were also bonfires in MacUiliam, Springfield, Jobstown and Brookfield, but it was still a quieter-than-usual Halloween night in Tallaght, with Tallaght Central independent councillor Mick Duff commending the community and the council for their work.

“It’s probably the quietest Halloween in Tallaght since 2019, in terms of there being fewer bonfires,” he told The Echo.

“And, for the first time in my memory, there was no bonfire on the green at St Aongus’s Green and Tymon North Green.

“That’s a tribute to the people who have been keeping the green clean, planting on it, and fighting for the green and for a bit of respect to be shown to it.”

Cllr Duff said some wooden pallets were left at the green on Halloween morning but were swiftly removed by council staff.

“I think there were fewer bonfires this year for the simple fact that the council and the residents were so proactive,” he said.

“Anytime there was a build-up of material, it was reported by residents and collected by the council. 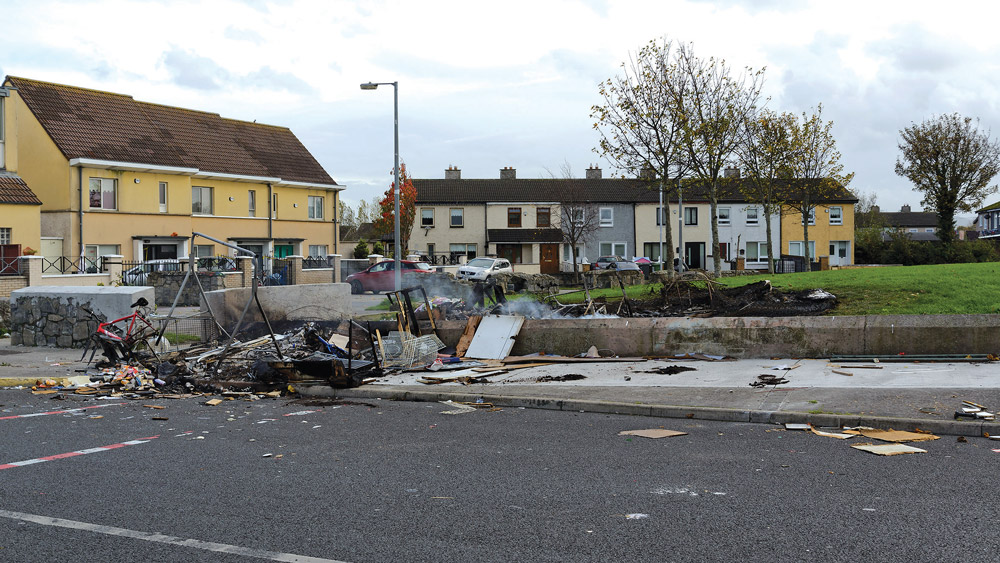 “In recent years, Tymon has been the centre of young people coming into the area with fireworks and lighting bonfires, and cars were burnt out on the bonfires.

“It’s great to see that not happening this year. It’s good for morale and good for people in the area to see their good work hasn’t been destroyed.”

There was a number of bonfires in Clondalkin but none was a cause of complaint either, with local Social Democrat councillor Eoin Ó Broin adding that it was a pleasant night in the area.

“Where I live in Woodford, there was a nice atmosphere in the early evening with children going around trick-or-treating,” Cllr Ó Broin said.

“There was a nice atmosphere, there were lots of kids going around.”

In terms of bonfires, Cllr Ó Broin said he was aware of one in his estate but had received no complaints about bonfires in his area or other areas in Clondalkin.

He credited the North Clondalkin Community Safety Forum with holding a number of events in the lead up to Halloween, including a family fun day, a movie event, and a magic show.

There were other bonfires in areas including Ballyfermot and Saggart, but The Echo understands they quietened down at around 8pm due to the inclement weather.

Crews from South Dublin County Council are in the process of cleaning up the debris left by the bonfires.