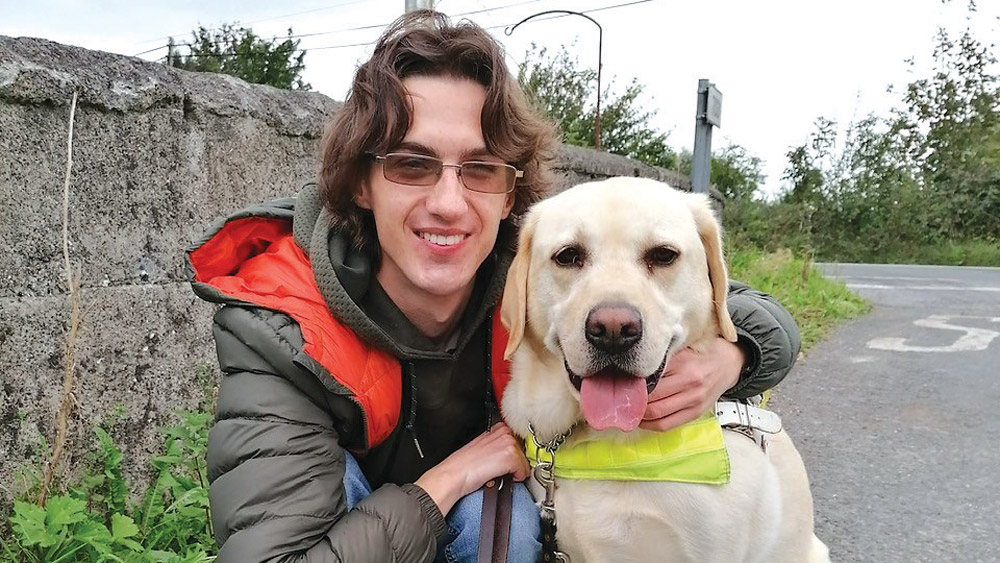 Michael (25) shares his story ahead of Fighting Blindness awareness day

FOR AS long as Michael O’Connor can remember, he has been fighting blindness after being born with Peters Anomaly Syndrome, a rare condition which clouds the vision.

“From birth, I had heavily clouded corneas,” Michael (25) tells The Echo.

“It was apparent then that there was a fairly severe eye problem. At five months I had corneal transplants and some other surgery which improved the vision a bit.

“When I was around a year-and-a-half, I had a lot of surgery at that point, and it rose the vision up to a point where I would have been a large print user – using magnifiers and stuff like that.

“So, I wouldn’t have been using braille or a white cane.

“But between the age of around 10 to 13, I was having retinal detachment issues and that dropped my vision to its current level.”

The Clondalkin man never had full vision, although he could still make out large print, colours and faces as a child and carries that knowledge with him today.

With the help of Dr David Keegan and Professor Michael O’Keefe, Michael has undergone around 20 procedures to treat his condition which include corneal transplants, valve implants, retinal reattachments, cornea and retina laser surgery.

“In the literally sense, I’m not totally blind,” the 25-year-old details.

“I have light perception, so I can tell the difference between night and day. For the purposes of categorising it, I wouldn’t have useful vision.”

He adds: “Everything requires twice as much effort and things rarely go completely according to plan.

“It is an unfortunate fact of life, but nothing that cannot be overcome.

“Life is often more interesting and success is greatly satisfying. It is much less socially isolating than other disabilities.”

Born into a family of fully sited parents and older brother, David is the only one in his family to have a vision impairment.

As a child he struggled a bit with social isolation and he has continually worked to help his mental health over the years.

“Speaking generally, mental health is something that can be a big problem for people with disabilities,” Michael says.

“In terms of myself, when the retinas detached the first time, that was a big knock. 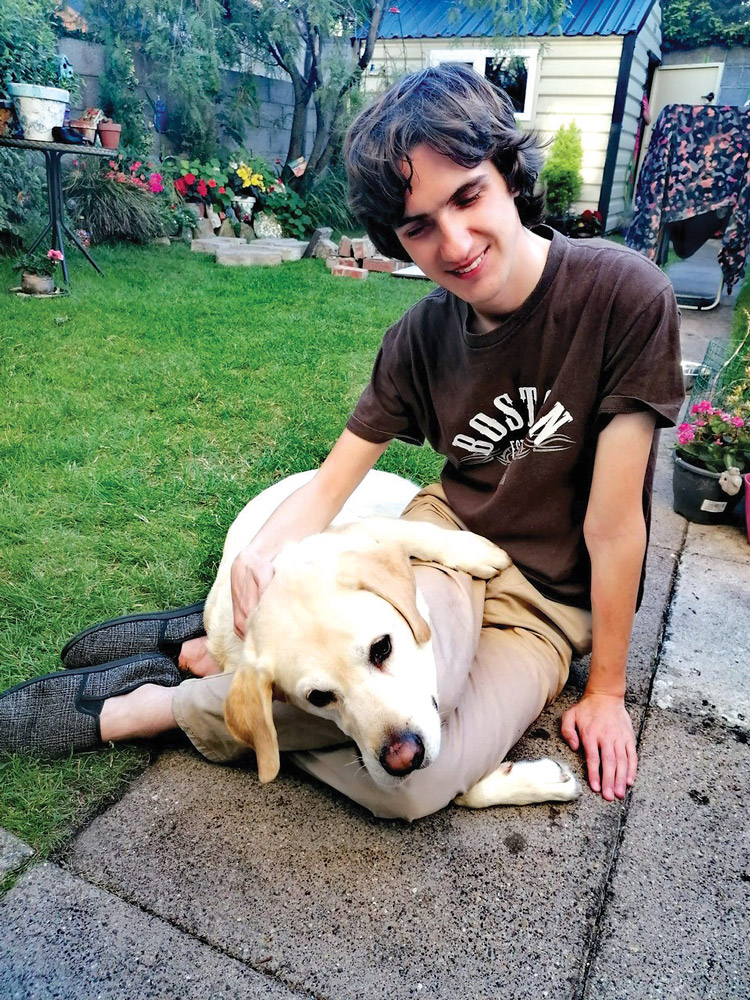 “The social isolation side of it, that was tough and it was particularly tough when I was a little bit too young to realise I was feeling it. That definitely left its mark.

“I had a little bit of counselling for a while and that was to do with the physical affects on the nervous system from one sense being cut.

“Basically, it’s what happens when the sited part of the brain has been trained how to see but it then loses that supply of information and starts wondering what exactly its supposed to do.

“Coping with blindness didn’t always make me the most friendly person everyday but by and large, my own mental health is fine – I’d be a fairly strong character.”

Today, Michael has a solid group of friends and with his companion, Kurt, the six-year-old Labrador, they make a good team.

Michael has found himself to be the “go-to” in the circles he operates in socially, with friends often coming to him with their own problems and seeking advice.

Taking public transport and navigating his way from place to place used to bring a certain level of anxiety for Michael but since linking in with Kurt, the guide dog, nearly five-years-ago, he has found a new lease of life.

“Kurt is sitting here on the floor next to me, not that I’m on the floor, I’m in a chair and he’s sitting beside me,” Michael jokes.

“We’re working just fine together, right?” he says to Kurt.

“As it happens, I was afraid of dogs before Kurt, it took a while to get used to. But he has certainly cured that.

“In terms of using him as a mobility, he is much faster for getting around than a white cane. He’s very effective, Kurt would always take me to the correct road crossing – unless he sees another dog, then he’d get distracted.”

Kurt takes Michael back and forth to work everyday, whether it be by bus or Luas.

“In terms of the routes we’d know. We’d use the Luas, the 13 bus to Dame Street as a few of my friends went to Trinity, so we’d meet up with them,” he says.

“Our main exercise route would be through most of Clondalkin Village, we’d take that ourselves.

“We know the route to… the Laurel’s, of course as well.”

While Kurt is a big loveable dog, when he is to Michael’s left side, he is busy working and it is important to not pet him or distract him as it could be dangerous and could lead to them losing sense of direction.

Michael does find that most premises are welcoming when he is with Kurt, but he is “sad to say that I have been refused by a few taxi drivers”, which is illegal unless they provide medical proof to say otherwise.

There is greater accessibility in the technology space for people with a vision impairment, with mobile phones having greater features and audio books are huge for pleasure reading.

Infrastructure on streets could be better, with a dodgy crosswalk potentially bringing his journey to an end, and socially, there is some improvements because “blind means blind”.

“I remember one time I accidently bumped into somebody’s car, to be fair it was parked badly,” he says.

“They jumped out and they were saying ‘you scratched my car, can you not see?’.

“I’d have to say, ‘no actually, I’m blind’. That was alright, but for some that really knocks their confidence.

“Society is improving, but there’s still a bit of work to do. A lot of able-bodied people wouldn’t be experiencing those kind of barriers and it seems to be a bigger problem for people with a disability.”

Michael had great support during his school years, with St Joseph’s BNS and Holy Family CS really helping him on his journey through education.

Proficient in Braille music, Michael completed his Grade VI piano exams and is the recipient of a high achiever award from the Royal Irish Academy of Music.

At Dublin City University, he studied international relations before going on to undertake a Masters in security and conflict studies for which he was awarded a first-class honours. He hopes to complete a PhD at some point in the future.

Michael has found a great level of empowerment through employment, after securing a job as a clerical officer with the Department of Social Protection three-months-ago.

Part of the Visionaries Choir, Ireland’s only choir for people living with site loss, Michael has become involved with the charity Fighting Blindness.

Fighting Blindness is a charity with a vision to cure blindness, support people living with site loss and empower patients.

Aimed at people with sight loss and their families, the event will also be streamed live and is completely free. Registration is at fightingblindness.