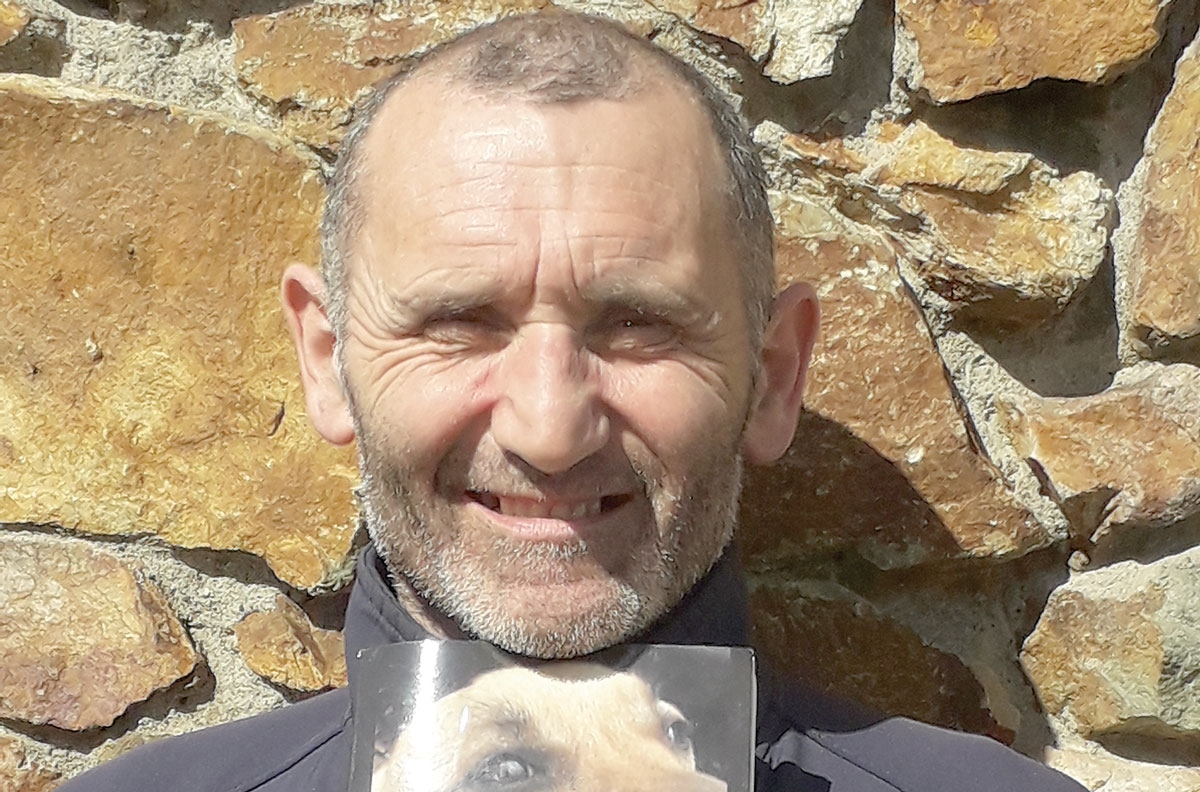 When Finglas man Brian Duggan and his family returned from a brief family holiday they thought coming home to a busted fridge would be the least of their worries but how wrong they were.

The following day Brian accidentally left the front door open and their beloved dog Goldie ran out of the house, sparking an epic nine month search to find her which brought him to places in Dublin he’s never been and the car park of Tallaght Hospital.

Family and members of the public who read their plea for help online started scouring the capital, with reported sightings of the much loved family pet reported in places such as East Wall, Dublin Port, Glasnevin and Rathmines.

For those of you old enough to remember the television show “The Littlest Hobo” this true-life tale will no doubt resonate, especially if you have a dog of your own.

Brian has now written a self-published book entitled ‘Find Goldie’, and he spoke to The Echo about it.

Can you take us back to the day Goldie went missing?

Would you believe we had left her in the house for four days as we went on a family holiday, the Brother-in-Law came round to feed her, but the next day after we got home, she went missing. I was emptying our fridge that had broke in advance of the new one I ordered arriving and I had accidentally left the front door open. About an hour later I was upstairs and my son asked me if I had seen the dog, and it was then I realised she was gone. That night I reported her missing to the local garda station, and began putting up posters on the lampposts in the area too. I was initially mystified as to how it could have happened and it was a few days later before it dawned on me.

What sort of things happened over the eight months as you tried to find her?

A Facebook page was setup to help find her, and people across the city kept an eye out for her. That page has since become a page that people go to if they have lost their dogs and dogs in places such as Belfast have been found thanks to the page. I went around the circumference of the city and have seen places in Dublin, I never would have seen, as a result of looking for Goldie.

Can you tell me how you found her?

She was found in Tallaght in the end. I always remember being in The Square and it was raining. I got word that a dog matching her was spotted in the hospital car park, so I went over straight away. I peered through the bushes, peered over the wall and shouted “Hey Goldie”. She ran around the car park wagging her tail with joy and a volunteer from Animal Trust drove me and the dog home.

You obviously are very grateful to the Animal Trust and other volunteers for the help they gave.

I dedicated the book to the Animal Trust, I dedicated it to them as they do not get recognised for the job they do.

What inspired you to write the story?

When I was going around looking for the dog and I told people about her so they might keep an eye out, they kept telling me “Wow that’s a great story”. I was sitting on a bench in Bushy Park, Goldie had not been found yet, and decided I was going to write about it. The book is 52 pages long and I have self-published it because the book publishers told me they would only publish a book like that if it was at least 500 words, and there was no way I’d be able to write that much. There is an E-book version of the story coming out in May and you can order a hard copy of the book on Amazon now.

How is Goldie today?

She’s great, she’s a couple of pounds heavier than she was when I found her. She is scarred by her experience though and does not like going out, though I still bring her out on walks. She is frightened by things like the lights on cars as they drive past and that sort of thing. When I switch on animal programmes on the television Goldie goes crazy when she see things such as foxes or sheep, obviously she may well have had run in’s with animals like that while she was away from us all that time.