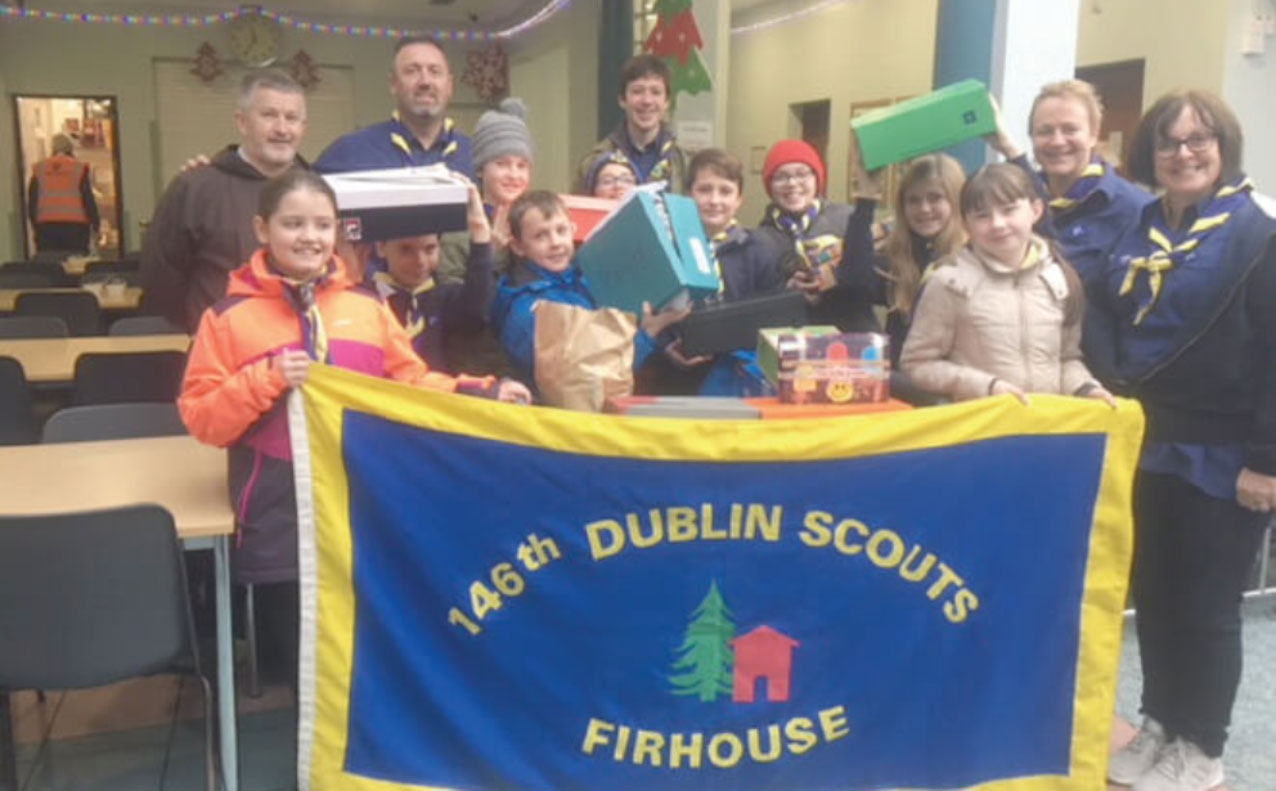 THE FIRHOUSE Cub Scouts had a busy October and November. They had decided to do something for those less fortunate in our society and they came up with ‘Soctober’.

Ed Rafferty from Firhouse Cubs told The Echo: “In early October our cubs were tasked with coming up with a good deed for people less fortunate than themselves.

"They put their own spin on the shoebox appeal and came up with ‘Soctober’. During October and November they collected socks, toiletries, hats, gloves and some treats.”

The Cubs made contact with the Capuchin Day Centre which is run by Brother Kevin Crowley.

Pope Francis visited the centre as part of his trip to Dublin earlier this year.

The Cubs visited the centre and met with Brother Sean Donohoe to present him with their shoebox appeal.

“Some of the people who attend the centre live rough on the streets, while some live in hotels. They serve 300 breakfasts a day, six days every week.”

Br Sean explained to the cubs that the smallest thing can have a big impact on people and the contents of the shoebox, no matter how small, will make a big difference to a lot of people who attend the Capuchin Centre.

Ed said that the visit was an “eye-opener” for the cubs and is one of the most rewarding deeds they have carried out.